Corbin Bergstresser, Mizzou QB, Arrested After Leaving the Scene of an Accident 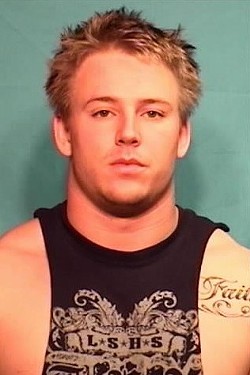 Corbin Bergstresser, the University of Missouri Tigers provisional number two quarterback next season, was arrested early this morning by Boone County police. According to KOMU-8 in Columbia, Bergstresser hit a parked car around 3:15 p.m. and then drove off. He was arrested for leaving the scene of an accident and has a $4,500 bond. No one was injured in the accident, so presumably his shirt looked like that when he bought it.

Bergstresser took a redshirt season last year, and MUtigers.com predicts he'll battle for the starting job this year. Rivals.com ranked the Lee's Summit native as the third-best player to come out of Missouri in 2011.

No statement has been issued by either Head Coach Gary Pinkel or the Athletic Director.