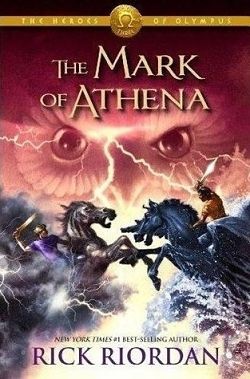 Then again, it's totally explainable why the latest entry in Rick Riordan's Heroes of Olympus series, Mark of Athena, is the number-one title on the kids' list. And why Liespotting: Proven Techniques to Detect Deception by Pamela Meyer is also making an appearance on the adult list. Mythology is awesome and Riordan is awesome and, like Woodrell, he lives around here! And two, it's election season.

1. The Outlaw Album by Daniel Woodrell 2. The Casual Vacancy by JK Rowling 3. One Last Strike: Fifty Years in Baseball, Ten and a Half Games Back, and One Final Championship Season by Tony La Russa 4. Guinness World Records 2013 by Guinness World Records 5. This Is How You Lose Her by Junot Diaz 6. Saltwater: A Memoir by Gail Soliwoda Cassily 7. Live by Night by Dennis Lehane 8. Liespotting: Proven Techniques to Detect Deception by Pamela Meyer 9. Gone Girl by Gillian Flynn 10. In the End by Alexandra Rowland

1. Heroes of Olympus, Book 3: The Mark of Athena by Rick Riordan 2. Count to Sleep St. Louis by Adam Gamble and Joe Veno 3. The Diviners by Libba Bray 4. Number One Kid (Zigzag Kids) by Patricia Reilly Giff and Alasdair Bright 5. The Hunger Games by Suzanne Collins 6. Goldilocks and the Three Dinosaurs by Mo Willems 7. St. Louis Architecture for Kids by Lee Ann Sandweiss, Phyllis Harris and Gen Obata 8. Dragons Love Tacos by Adam Rubin and Daniel Salmieri 9. There Was an Old Lady Who Swallowed a Clover! by Lucille Colandro and Jared D. Lee 10. Mockingjay by Suzanne Collins