Fighting Crime, One Undercover Pizza Delivery At a Time 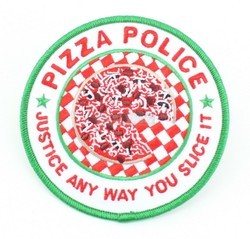 If you get the munchies this week, you might want to think twice about having pizza delivered. Over the weekend, undercover St. Louis county cops began posing as pizza delivery men in an unusual new plan that police chief Tim Fitch hopes will end a recent string of crimes against the city's faithful purveyors of pizza.

Last week St. Louis county police officers officers found 39-year-old Brian W. Johnson, an Imo's Pizza deliveryman, slumped over the steering wheel of his car. He'd been shot under his left armpit and killed for three pies and his cellphone. A 17-year-old man was charged with the crime Wednesday, according to a news release from county police.

Police Chief Fitch apparently had a similar killing from May (another Imo's pizza deliveryman) on his mind when he decided to send his officers (who would mostly otherwise be assigned to narcotics cases) on delivery routes of their own.

"Every time I look at a murder victim, I ask, 'What can we do to prevent this in the future?'" Fitch told Reuters. He also explained that while the plan may seem unorthodox, it's not unlike undercover officers who pose as drug buyers or federal air marshals who sit on flights to deter hijackings.

If you don't try to rob your delivery person, you'll get your pizza and be none the wiser as to their true identity. But Fitch basically promises that any funny business pulled on an undercover cop means a world of hurt: "If a person has a sinister motive and they decide to rob one of our officers, it's not going to be pretty."

Officers have been sent to embed at Imo's and other undisclosed pizza businesses; the plan went into effect Friday and has no expiration date.

Our question: will the undercover cops stuck at Domino's make all their deliveries in thirty minutes or less without using their sirens and lights to blow through stop signs? Can it be done with all legal driving maneuvers?