The Cards Get Their (Left-Handed) Man 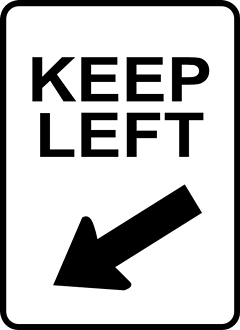 Baseball's Winter Meetings are over, and the various and sundry general managers, along with their entourages, are back on the respective roads to their respective homes. It was eventful to be sure this year, with plenty of incoming television money bolstering several teams' spending abilities. The Marlins sold off the rest of their club, somewhat unsurprisingly.
The Cardinals, compared to plenty of other high-profile teams, were fairly quiet at the meetings. We heard rumors about them trading Skip Schumaker, we heard they were kind of, sort of, maybe interested in Marco Scutaro, and in the end, they signed one guy and one guy only.
Meet Randy Choate, the Cards' prize from the 2012 Winter Meetings. It may not look like much of a haul, I freely admit, but this could be just what the doctor ordered.
On Wednesday, in a very hurried post over at Viva El Birdos, I briefly laughed at the notion of handing a 37 year old a three year contract, after the San Francisco Giants went to a third year on the contract that eventually landed Scutaro. Wacky old Brian Sabean, I thought (and said), indulging his love of vetaranicity and completely ignoring the way reality works. No 37 year old balllplayer should ever, ever, ever get a three year deal. That's just crazy, considering how the aging curve suddenly shoots up in the late 30s for athletes.
Well, just to make sure that I look and feel really, really stupid, the Cardinals then went out and gave Randy Choate a three year contract. Randy Choate's age: 37. Also, he's a reliever, which I kind of constantly bitch about handing multi-year deals to. So, you know, piss off, Aaron.
The funny thing is, I actually don't mind the deal pretty much at all.
First things first: Randy Choate is really, really good at what he does. And what he does is get left-handed hitters out. That just happens to be the job the Cardinals had the greatest need of, and the most trouble filling last season. All year, Marc Rzepczynski served as the only reliable lefty out of the 'pen for Mike Matheny (and you can read reliable as if it has heavy air quotes around it, and maybe even an eye roll for emphasis), with the situation even further exacerbated when Kyle McClellan was lost for the season. K-Mac may not have been a great pitcher (and I said as much over and over and over again), but I will admit the guy had an ability to get lefties out pretty well.
So Scrabble struggled, J.C. Romero fell in to a black hole at a roadside attraction, and all the other options the Redbirds tried out failed to really impress. I'm a big fan of Sam Freeman, but let's face it: the guy just isn't ready to step in and take on a pressure-filled role in a big league bullpen right now. Maybe soon, or maybe never. But not right this minute. Another lefty was absolutely required.
And, in Randy Choate, the Cardinals got a very good one. He held lefties to an OPS against of .461 in 2012, with a batting average of only .158. For his career, those numbers are .563 and .201. His career slugging percentage allowed to left-handed hitters is .284. Little known fact: I actually had a higher slugging percentage than .284 last year in the big leagues.
His slider is easily his best pitch, having been worth 5.4 runs above average last season. It's been a positive pitch each of the last four years, in fact, and serves as a weapon against lefties that very few other pitchers can match. In short, the dude is good at what he does.
Now, the bad: that three year contract still sucks, regardless of how low the money is. Well, okay, not regardless, but you get the point. Three year contracts for relievers in their late 30s, even ones who have been really good the past few seasons, are how you end up with Trever Miller's St. Louis tenure. (Not that the Cards gave him a three year deal; only that his expiration date came up in a hurry, and El Birdos were left holding the bag.) And that's really my main concern here. The Cardinals didn't tether themselves to a guy for any great sum of money that can't be handled, nor did they pick out a bad guy to hand the contract to. In fact, I fully expect Randy Choate to do some remarkable work out of the bullpen for the Cardinals this coming season. The issue is that in 2015, he's still going to be on the payroll for the Redbirds, and I really don't know how fit he's going to be to pitch by that time. Sure, this is a commitment to pay him, rather than one to play him, but the fact you had to lock him up through 2015 to get out 65 left-handed hitters a year is troubling.
Then again, Randy Choate is left-handed and in possession of a pulse. There's also a chance he could pitch for another five years. It bugs me the Cards had to give a three year deal in this case. But, the downside is limited. The pitcher himself is very good. And now, hopefully, we won't have to watch Marc Rzepczynski walk Joey Votto a bunch more times this coming season.
Overall, yeah, the contract is too long. But damned if I don't mostly like the signing anyway.