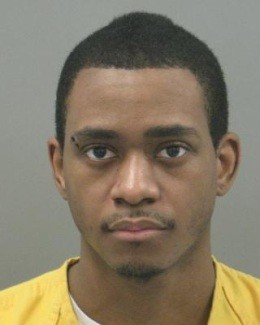 Meiners and Johnson were friends. (Nothing in the court records suggests they were intimate). On the night in question, the young man asked the county lawyer for a ride to King's house at 5726 Waterman Boulevard, on the premise that Johnson needed to do laundry there. But it was a trap: Johnson and King were planning to rob him.

Once all three had converged inside King's house, Johnson and King attacked Meiners. They beat him, stabbed him multiple times, and strangled him with an electric cord.

But Meiners did not go quietly.

According to the pleading filed by city prosecutor Rachel Smith:


Once Meiners finally died, they wrapped him up with sheets and duct tape and heaved him into his own Jeep. They then drove the body over to Venice, Illinois, and left it in a vacant lot near an old rail line.

Next, the accomplices backtracked and drove to Luke Meiners' apartment in University City, where they stole his laptop and other devices. They used Meiners' credit cards to buy gas, food and cell phones.

Between those transaction records and the suspects' willingness to blame each other, the cops knew they'd nabbed the right men.

On April 4, a grand jury indicted both for first-degree murder, first-degree robbery and two counts of armed criminal action.

But soon, jailhouse intrigue was threatening to upend the prosecution's strategy.