Powell Square -- the graffiti covered vacant industrial building at Third and Cedar Streets -- is hard to miss when drivers cross the Poplar Street Bridge. The structure is totally gutted and in place of walls or windows is a huge collage of graffiti representing some of the city's most prolific (and talented) taggers.

It was just as difficult to miss the giant cranes that set to work yesterday ripping the structure down.

There's no question Powell Square is considered both dangerous and an eyesore. But tons of St. Louisans found themselves drawn to it anyway -- to paint, party, or hide from the elements. Many documented their escapades on social media. For your viewing pleasure, Daily RFT has compiled just a tiny fraction of what was once the very active life inside Powell Square.

According to KMOV, the city has finally decided to stop working with the building's owner to find a useful purpose for the huge space and is instead going to slap him with the cost of the demo. It should take about 90 to 120 days and cost $265,000, according to reporter Diana Zoga.

Below, we've compiled a mini-gallery of photos and video that include lots of tagging, trespassing, music, homelessness, and -- if you make it to the end -- drunk raver teens blinking in a rooftop sunrise. 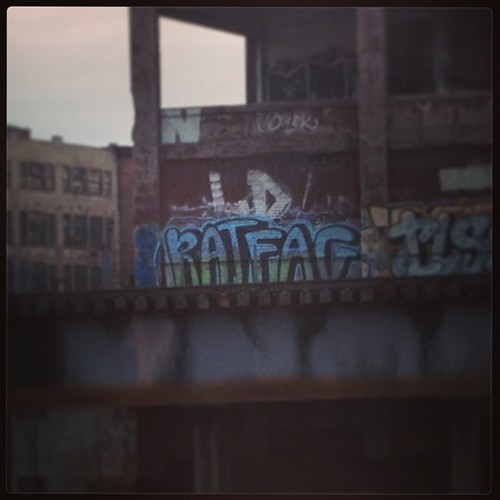