[PHOTO] Big Mountain Lion on the Prowl in Southeast Missouri 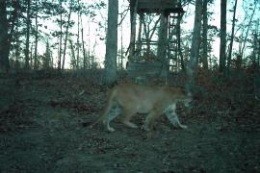 The following photo was taken by a trail camera on December 21, near Van Buren in Carter County.

The Missouri Department of Conservation has confirmed that it's a mountain lion.

This particular photo, snapped in front of a deer stand, reveals a couple things: (1) How big these cats really are, and (2) What a hunter would not want to see at night after climbing down from a deer stand. 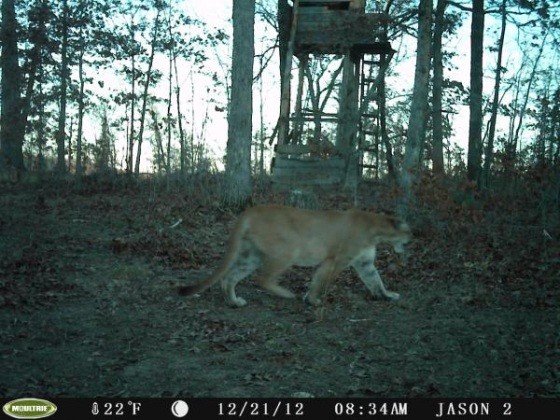 By my count, this is the sixth sighting since September.

The question, as always, is: Are we looking at the same cat over and over, or are there several cats? Without DNA evidence, it's impossible to tell.

However, the Dec 12 sighting was up in northwest Missouri, while the most recent -- nine days later -- was down in the southeast Missouri. Did one big feline make that trip, or are we looking at two different cats?

Take a look at our map and see for yourself.