State biologists have confirmed that a mountain lion was photographed last Thursday on private land in Warren County.

That's within 100 miles of St. Louis. Hide your children and urban chickens!

MDC spokesman Joe Jerek explains to Daily RFT that the agency doesn't divulge the precise location of sightings in order to honor the privacy of private landowners and to prevent folks from attempting to track down the cats.

Jerek does say that the same trail cam in Warren County captured a mountain lion on three dates: December 9, December 23 and most recently on January 3. 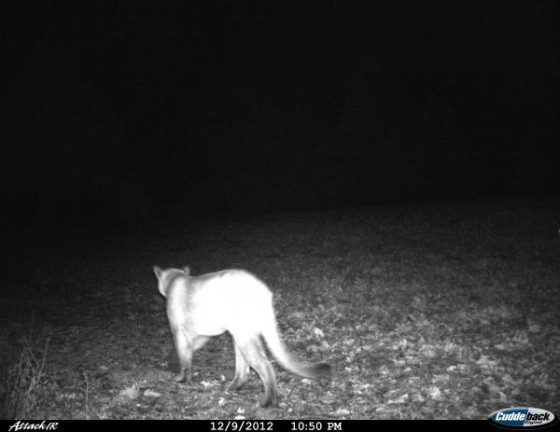 Jerek says the MDC goes out and investigate mountain lion sightings, but in a lot of cases, agents are simply trying to confirm that the photograph is authentic. They do this by visiting the location and checking the topography.

He adds that if there's evidence around that could give DNA clues -- such as fur or scat -- agents will collect it. But often, the only evidence is the photo itself.

I blogged earlier this morning that a cat was spotted in Carter County on Dec. 21.

The MDC has made a map tallying up sightings since 1994; the most recent one in Warren County is included: 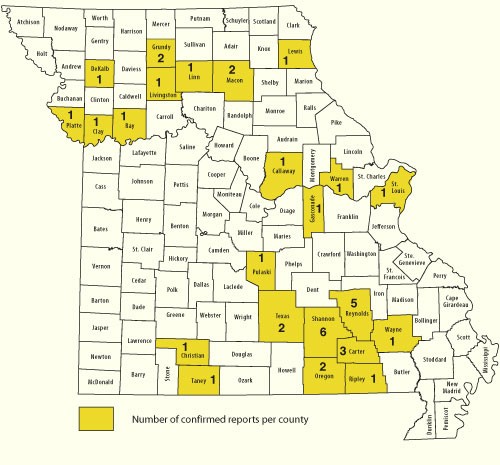 Here's our own map of sightings since September 2012: