On January 1, the city quietly quadrupled the price of a busker permit from $25 to $100 annually -- and Charles Haller of the Bates Street Folk and Blues Band feels compelled to make some noise.

"It's going to diminish the music on the streets of St. Louis," he tells Daily RFT. Haller concedes that he and his bandmates can recoup that expense fairly quickly on a balmy weekend or two outside of Soulard Farmers' Market, where they've been playing for years.

But the permit is issued to individuals, not to a band collectively. Thus, Haller says, the price hike will discourage his friends who liked to sit in on occasion, just for the joy of it.

"Some of them wouldn't even want any money, they just want to play," he says. "They're not gonna do it this year if they have to pay $100." 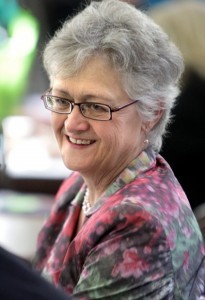 Phyllis Young, the Seventh Ward alderwoman who pushed the increase through the board last spring, says, "That's the cost of doing business."

Young explains: "There was also a musician in Soulard who was horrible, and neighbors were complaining about all the noise. So we have to balance what's good for performers and what's good for the community."

Nuisance buskers like that, she says, were forcing the streets department to spend more time and money enforcing the ordinance -- hence the need for more funds.

"We're not making a fortune on this," says Todd Waelterman, director of the streets department. "Our costs were going through the roof. I was waking people up after hours to go deal with the rule-breakers. It was easier to just raise [the permit fee] across the board."

Musician Jim Stone considers this a poor solution. Stone is a 70-year-old former philosophy professor living on a pension. He plays Irish flute for spare change. He argues that hiking up the permit price will not solve the problem of nuisance musicians.

"You'd think $25 would've weeded those people out," he says. "But they're going to do it without a license anyway."

Street performance is regulated differently from city to city in the U.S.