Tonight, at the Scottrade Center, the fated, the long-awaited, the eagerly anticipated 2013 Blues season will get under way.
Okay, so it was really supposed to be the 2012-2013 Blues season, and all the Don King hype and rhyming in the world isn't going to entirely take the sting out of this late starting date. Nonetheless, the fact remains: the season will start tonight, finally, and all those things we were looking forward to seeing from the Blues back in October, they still apply. This is still the most promising, exciting Blues team -- and season -- I can remember in a very, very long time.
So let's get ready for some hockey, shall we? It may be late, but that doesn't mean it can't still be brilliant.
It was a tale of two seasons for the Blues in 2011-'12; there was the Before Hitchcock era and the After Hitchcock era. BH and AH, respectively. Though, come to think of it, that should really be Before Hitchcock and With Hitchcock, shouldn't it? After doesn't really make sense. I wish I knew Latin well enough to pull off the Hitchcock-ified version of Anno Domini, but unfortunately I don't.
Before Ken Hitchcock took over the Blues, they were a drifting, shifting mess of talent. It was a team that, under Davis Payne, had consistently failed to perform up to expectations. How much that had to do with Payne himself is really anyone's guess; he was an excellent coach in the Blues organisation before taking over at the NHL level, and this was also much the same team that ran Andy Murray out of town as well just a few years back. 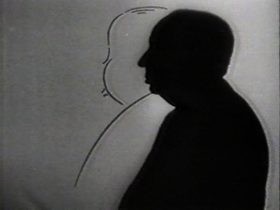 After Hitch took over, though, there was a focus about this squad I had never seen before. It wasn't just a style that pushed discipline and responsibility from each individual player; there was just something about the message Hitchcock delivered (or maybe the way he delivered it), that seemed to really, truly get through to these players. The man obviously knows his Xs and Os, but the chord he struck with the players was the real secret. We hear all the time about players Buying In to a given system; it was clear to anyone who cared to look that the Blues had Bought In, fully and completely. They Bought In like Ken Hitchcock was selling Enron in 1997.
Which, honestly, brings me to my one great concern about this team: what's the shelf life on Ken Hitchcock's message? Is this a case of a coach coming along, finding the right group of players at the right moment in their development as a team, and making magic for the better part of a decade? Or are we going to see Hitchcock leaving town two years from now, run out of town by disinterested players who, once again, shut out the message of the man leading them? I don't think it's going to happen that way, but, let's face it: it wouldn't be the first time with this team.
But, enough of my megrims regarding the long-term future of this team. The year is 2013, and I don't expect Ken Hitchcock's message to run out of steam this season.
The Defense
Last season, the Blues were, plain and simple, the best defensive team in the NHL. They allowed the fewest goals in the league by a wide margin, thanks to both a goalie tandem that was just flat-out unreal for much of the year and a defensive corps, led by Alex Pietrangelo, that consistently played tight enough defense that every teams' fans (save one, of course), bitched about the Blues playing a trap.
It is that defensive group which will be expected to lead the team to victory again this season, if only because Ken Hitchcock hockey begins, always, with the defense. Pietrangelo emerged as a nascent superstar of the league, but he wasn't alone out there. Kevin Shattenkirk looked like the real steal of the Erik Johnson trade, even with a few shaky games here and there late in the season. Shattenkirk is the most offensive minded of the Blues' defensemen, and has both speed and puck-handling abilities to burn. He doesn't have great size, but he plays stronger than his stature, and he can turn a takeaway into a breakaway in a heartbeat. The only real downside to his game is that, in order to generate all those turnovers and breakaway chances, there are times Shattenkirk takes risks you might prefer not to see. He doesn't often get caught out of position, but he will occasionally sell out for the big play and get beaten if he can't pull it off. You'll live with the risk for the possible reward, but that doesn't mean the risk isn't still risky.
At the other end of the spectrum is Barrett Jackman, the most stay at home of all Blues defenders. Jackman enjoyed a real career renaissance last season; after a few years of underachieving and metaphorical wilderness-wandering following the last NHL lockout, Hitchcock's brand of physical, harassing hockey seemed to suit Jackman just fine. Along with Roman Polak, he gives the Blues a pair of hard hitters to complement the top guys.
No discussion of the Blues' defense would be complete, of course, without mention of the goalie tandem of doom: Jaroslav Halak and Brian Elliott. They were the top tandem in the league last year, and they represented that rarest of animals, a true tandem arrangement, rather than a starter and backup pairing like most teams field.
I believe in Jaro Halak. I think the competition of having Elliott on the team last season drove him to play at the highest level he could, night after night. I think we saw the real Halak last year, the one who earned that Halakness Monster nickname fair and square. I only hope he can find some way to maintain that intensity again this season in spite of a condensed schedule waiting to batter a goalie's body into submission.
I have to admit, I still have some doubts about Brian Elliott. Maybe it doesn't make sense. In fact, I'm relatively certain it doesn't; after all, he was actually the Blues' best goalie last year. Even so, Elliott scares me a little. Maybe it's just because I was such a Ben Bishop believer, and can't help but worry the Blues are going to regret trading away the big man in the years to come. Or maybe I just can't buy into a guy who, talented though he may be, was never more than a backup before last season, when he suddenly looked like Jacques Plante reincarnated. I'm going to cross my fingers and hope he doesn't turn back into a pumpkin anytime soon, because the Blues are going to need Elliott to perform this season, badly.