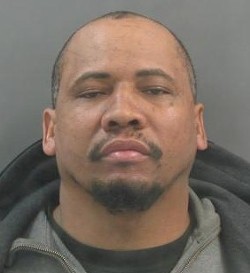 Nearly two months after a baby was found abandoned in a north county apartment building and the body of the child's mother was discovered days later in the trunk of a car, authorities finally have a suspect in custody.

Today St. Louis prosecutors charged 40-year-old Dyanthany Y. Proudie with the murder of Ebony Jackson and -- for the first time since her January 2nd death -- provided insight into how she may have spent her last few hours alive.

Jackson was in town from Oklahoma when, according to authorities, she stopped by an apartment owned by Proudie in the 4100 block of Ashland in north St. Louis. A probable cause statement made public today suggests that Jackson, 30, and Proudie were "acquaintances" but provides no specifics as to how they may have known each other.

The document states that at some point during the January 2 visit to Proudie's apartment, Jackson went to the bathroom to take a bath. She was preparing the tub when Proudie allegedly entered the bathroom and shot her once in the head -- the bullet entering near her left ear.