The rumors of IKEA coming to St. Louis come in waves, and Joseph Roth, a company spokesman, says that for some reason, he always seems to get calls when there's a new development in Kansas City (which, tragically for us, is definitely getting an IKEA).

On Wednesday, Roth tells us, IKEA began demolition for its store which is scheduled to open next fall. The same day, on the other side of the Missouri, Space Architecture and Design tweeted something quite intriguing: "Saying it out loud. IKEA is moving in at Vandeventer and Forest Park Parkway. Confirmed."

Confirmed by who? Not IKEA, Roth tells us.

See also: - IKEA Still Not Coming to St. Louis. Sorry! - IKEA! Why Hast Thou Forsaken Us? - Facebook Fans "Like" IKEA for Chrysler Plant, But Is It Feasible?

The St. Louis architecture studio eventually deleted that original tweet, but here's one follower's retweet of that comment and @SPACEarchitects' response that it is not connected to IKEA but is hearing some "real estate chatter" that "appears to be real":

@mayorslaycan you confirm this "@spacearchitects: Saying it out loud. IKEA is moving in at Vandeventer and Forest Park Parkway. Confirmed.

[email protected]nifernelsonWe're not connected in any way to IKEA project. Real Estate chatter only. But appears to be real.

Shelley Satke Niemeier, who does marketing for Space, reiterates to Daily RFT that the company has nothing to do with IKEA -- is not the furniture company's architect or representative in St. Louis.

Still, she tells us, "There was a meeting with some real estate brokers...and it came up."

"Supposedly," she says, "there is a deal happening. That's really all we know."

She says she can't offer any more about who was at the meeting or how they know that this rumor is true -- that IKEA may be eyeing property at Vandeventer Avenue and Forest Park Parkway.

That would be near the Laclede Gas and Salvation Army Adult Rehabilitation Center complexes. This is not the first time this site has been rumored. 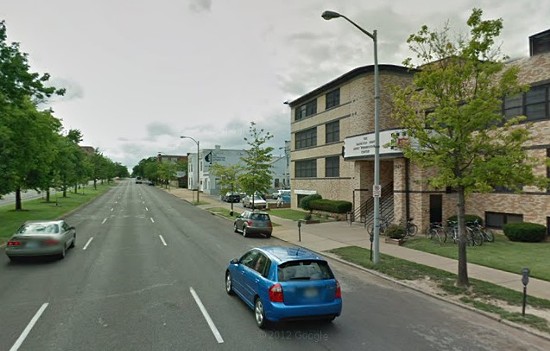 What does IKEA have to say about this?

"We have nothing new to report," Roth says. "We are totally interested in the St. Louis market. We continue to evaluate opportunities there. But at this time, we still have not committed to a specific location, let alone a specific time frame for opening a store."

He notes that, for unexplainable reasons, these rumors often emerge when "we have a major milestone in Kansas City."

He says, "It seems like every time I have something going on in Kansas City, that's when the St. Louis rumors crop up."

Roth, who happens to be in Kansas City for the demolition launch this week, says that he received about four media inquiries about St. Louis on Wednesday and Thursday.

He says that IKEA likes to be "very slow [and] deliberative" in the process of choosing locations and is evaluating metropolitan areas across the country. "They are big investments," he says of new outlets. "Once we open a store, we tend to stay there."

"We have many customers in the St. Louis area. We are very excited about any opportunities." But, he adds, "We are not committed to anything yet."