Terrell Henderson: Shot in Car, Dies While Driving Away From Suspects (Homicide 69)

Early this morning, Terrell Henderson, 35, was shot while driving his car in north St. Louis. Police say he was driving on the 5300 block of St. Louis Avenue at around 1:05 a.m. when suspects fired at him and his passenger, a 24-year-old male.

The bullets apparently hit Henderson in the head -- but he continued to drive for several blocks before losing consciousness. By the time cops arrived, he was lying dead in the drivers' seat of his parked car.

The second victim was located on the sidewalk nearby suffering from a gunshot wound to his leg.

That victim was taken to the hospital where he was listed in serious but stable condition. He was able to give his account of the shooting to police, telling them that the suspects were driving a black Chevy Impala when they began firing at them.

Henderson managed to drive the car to the 5100 block of St. Louis Avenue before he collapsed, police say. 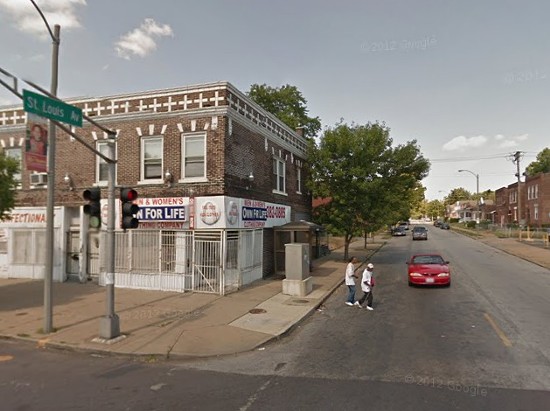 The suspects are three unknown black males who remain at large. Henderson is the 69th* homicide victim in the city of St. Louis this year. At this same time last year, there were 80 murders in the city.

There were three other nonfatal shootings yesterday evening into early morning today.

Here are the full incident reports released this morning, including the summary of the homicide.

*An earlier version of this post had the incorrect homicide count for 2013.