Don't waste your time with phony ghost stories. St. Louis has plenty of "real" tales of hauntings, possessions and more.

Here are three of our favorite St. Louis ghost stories. Click the title to read the full story.

1. The Bubblehead Family Maybe they were the result of experimental drug testing gone wrong. Maybe years of inbreeding caused them to look like that. Either way, a family of swollen-headed spirits haunt Carrico Road just south of the Missouri River in unincorporated Florissant -- or so says the urban legend.

Around Halloween, teenagers and ghost hunters travel what's now known as Bubblehead Road looking for the ghosts that attack visitors in a flurry of rage or allow themselves to be picked up as hitchhikers, depending on the story.

Before you decide to hunt the ghosts of Bubblehead Road, know this: Neighbors who've dealt with loud ghost hunters for 40 years will happily report your trespassing to St. Louis County Police.

"We've issued so many tickets and violations out of there over the years," says Officer Randy Vaughn, who patrolled the area in the 1990s. "Kids won't leave it alone, especially in summertime and around Halloween."

2. The Devil's Wine Box After losing her entire family in Nazi concentration camps, Havela, a Jewish immigrant from Poland, fled to America with little to call her own but a small wine box. 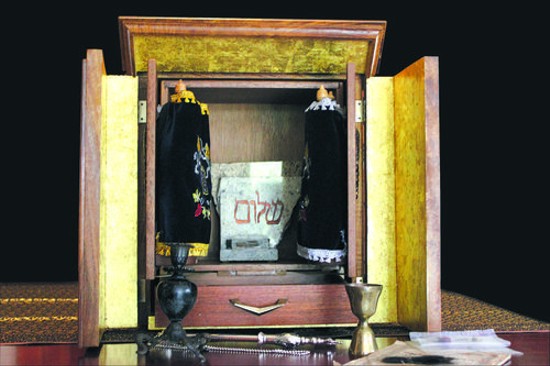 Far from a treasured keepsake, Havela warned her family never to open the box and spit through her fingers when she spoke of it. Everyone who's owned it since -- including it's current keeper, a museum director in Kirksville -- says inexplicable and awful things happen to anyone near it, including apparitions, terrifying visions, failing health and strange smells.

Now known as the Dybbuk Box for the Yiddish word for a malevolent, dislocated spirit, the box is shielded from the world in a gold-leaf and acacia ark, surrounded by Torah scrolls and other religious artifacts and protected by a family in northeast Missouri.

To see a fictional account of the box's powers, watch the movie it inspired: The Possession, starring rapper Matisyahu.

One last story, after the jump!

Tags: Postcards from the Edge, Image

Speaking of Postcards From The Edge