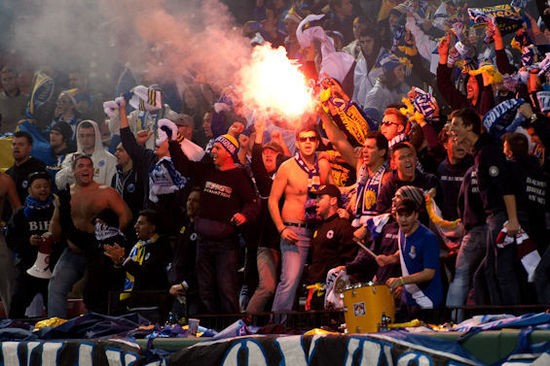 The flares lit by Bosnian soccer fans at last week's international friendly game did no damage to Busch Stadium, but they set off a firestorm on social media last week as St. Louisans reacted in ways that were by turns curious, angry and downright xenophobic.

Busch Stadium is fresh on the minds of most in St. Louis. Just three weeks before, 47,000 baseball fans packed the place to watch the St. Louis Cardinals take on the Boston Red Sox in Game 5 of the World Series. (It didn't go so well.)

The scene Monday was very different: A mostly Bosnian crowd made up for the smatterings of empty seats by cheering, jumping and singing constantly with electrifying frenzy. Even as the Bosnia-Herzegovina national team trailed by two to Argentina, fans pulled out hand-held road flares, a signal of celebration in countries where soccer -- not baseball -- is king.

"That's how you cheer on your team," says Erna Grbic, 31, whose family was one of the first to move to St. Louis from Bosnia, eventually establishing south city's Grbic Restaurant. "That's how you show respect for your team. We're going to do it the way we would do it in Bosnia." 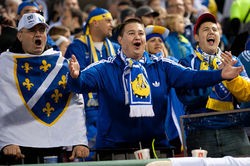 When the long weekend of celebrating was over and everyone checked their Twitter feeds the next morning, Bosnians were heartbroken to find that St. Louisans weren't focused on the epic parade leading to the stadium or the frenzy of fan support, Grbic says.

Instead, they were focused on the flares. In posts escalating from irritated to upset to racist, St. Louisans demanded answers from security about allowing fire in their baseball stadium.

Twitter had burst Bosnia's proverbial bubble -- one that had been growing in St. Louis for twenty years.

Read why Monday's game meant so much to St. Louis' Bosnian community and see more online reaction after the jump.