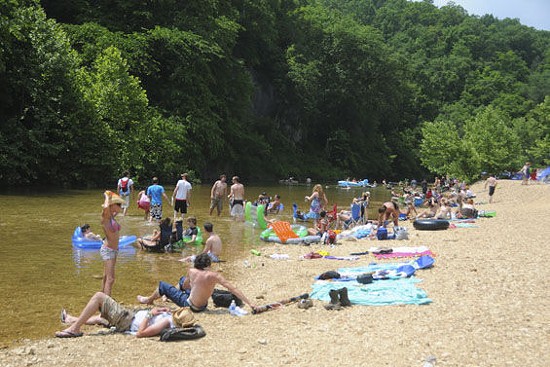 The last time Camp Zoe made the news, owner and Grateful Dead cover-band frontman Jimmy Tebeau was going to jail for allowing an open-air drug market during weekend-long jam fests for young hippies.

Now, Tebeau is serving time in South Dakota, and his 330-acre tract locatated some 150 miles southwest of St. Louis will become the next new Missouri State Park complete with fishing, floating and hiking.

Missouri Parks recently paid $640,000 for the land, which used to be a girls' summer camp.

Tebeau won't see any of that money. Federal agents seized the land in 2010, saying drug dealers were selling $500,000 worth of drugs at each weekend festival, so proceeds from the sale are likely to wind up in the coffers at the DEA or Missouri State Highway Patrol. 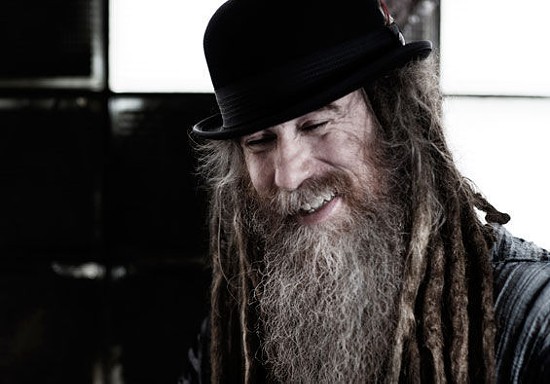 Tebeau, who moved his wife and two children to Camp Zoe when he bought it in 2004 for $530,000, says he was never part of the drug markets at his festivals, where teens could easily find marijuana, hallucinogens and ecstasy.

"I'm paying for the sins of others," Tebeau told the Riverfront Times in June. "Some people were ingesting some drugs at the property and selling drugs, which I wasn't affiliated with in any way, shape or form.... We hired security to deal with issues like [drugs], but apparently they weren't always doing their job." 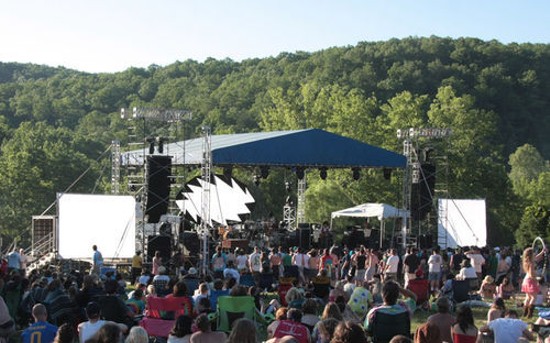 Undercover officers bought drugs from at least one of the St. Louis-based B&D Security employees at the festival, according to a 2010 affidavit filed with a request for a search warrant.

Legal troubles aside, Tebeau seemed to have stumbled onto a gold mine. Seven thousand people attended each concert, five times a year, and Tebeau estimated 150,000 people visited in the six years his Camp Zoe operated.

Maybe business was too good. When Tebeau deposited $4.6 million into his bank account from 2004 to 2010, the DEA got suspicious. When a Kansas City man died from an overdose after partying at Camp Zoe during 2006 Schwagstock, the DEA joined the Missouri State Highway Patrol's investigation, sending undercover agents to the festivals for years. 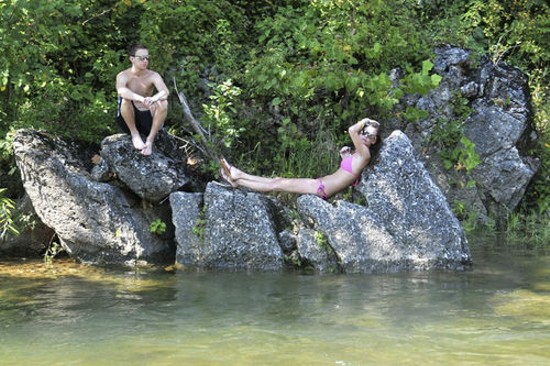 The property is a perfect fit for the Missouri Parks Service. Close to Current River State Park and Montauk State Park, the water and land is home to small-mouth bass, birds and at least nine animal species of conservation concern. Sinking Creek's clear waters make for easy wading and floating, and the sheer bluffs tracing the water's edge make for "a stunning landscape," according to Missouri Parks.

Camp Zoe will stay open -- presumably under a new name -- for folks wanting to re-create Schwagstock's glory days, but its days as a drug haven for music fans are over.

Jump to comments
« St. Louisan Jenn Deese Wins on Shar…  |  Tuffy the Clown Speaks Out: I Was N… »