A meth head and an illegal immigrant are on trial after a mother of three was found dead, overdosed on meth, in a homemade box in a dried creek bed on a Platte County road.

Martin Lee Williams, 51, is charged with involuntary manslaughter and abandonment of a corpse after he helped Tangela Fisher, 35, inject meth, watched her overdose, hid the body for days and then dumped it, according to the St. Joseph News-Press.

"We'd been doing a little bit of partying for about a week, and [Fisher] wanted to give herself an injection to feel good, I guess," Williams told the court, according to the News-Press. 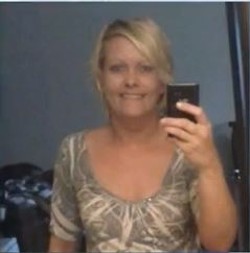 Fisher usually chose to smoke -- not shoot -- her meth, Williams said, and after she injected herself, she became hot and shaky, according to the News-Press. Williams says he walked away for a few minutes, and when he came back, Fisher was dead.

After Williams pleaded guilty to the charges Monday, judge Patrick Robb asked if he knew he'd caused Fisher's death. "That's all I could think about," Williams told the court.

Fisher had three children between the ages of six and sixteen, according to the Huffington Post.

Williams recruited Juan Naranjo, 31, to help stash the body for two days so law enforcement wouldn't find it. Finally, the two men fashioned a crude coffin out of an old Ping-Pong table and scrap wood, according to the Huffington Post.

Williams and Naranjo stuffed Fisher's body and her possessions in the box, drove it to a rural road far outside Kansas City and left it in a dried creek for authorities to find days later.

Police arrested Naranjo while he was smoking meth a few weeks later and charged him with hindering prosecution of a felony. Naranjo is in the United States illegally and will likely be deported.

Williams, who will be sentenced in February, faces a maximum sentence of eleven years in prison and up to a $10,000 fine on both felonies.