Todd Spence's mashup of classic Hardy Boys' covers with the grim heroes of True Detective is damn near perfect. A Webster University alum who grew up in Farmington, the now LA-based writer and illustrator tells Daily RFT he got idea while watching True Detective's finale.

"I realized they're essentially just the Hardy Boys," he says, describing the HBO series' main characters, Rust Cohle and Marty Hart. "They're just this duo of detectives, trying to figure out these little mysteries."

Of course, veteran teen detectives Frank and Joe Hardy never ruminated on the bleak mysteries of human existence or bought drugs from a hooker. Regardless, Spence's painstakingly detailed work is mesmerizing.

Aping the distinctive style of the Hardy Boys covers proved a challenge, says Spence, since the painting style was "vastly different" between the six actual Hardy Boys novels he chose to adapt.

The cover below is Spence's favorite. "I made sure to add Marty's paunch, and of course Rust is holding a beer," he says. 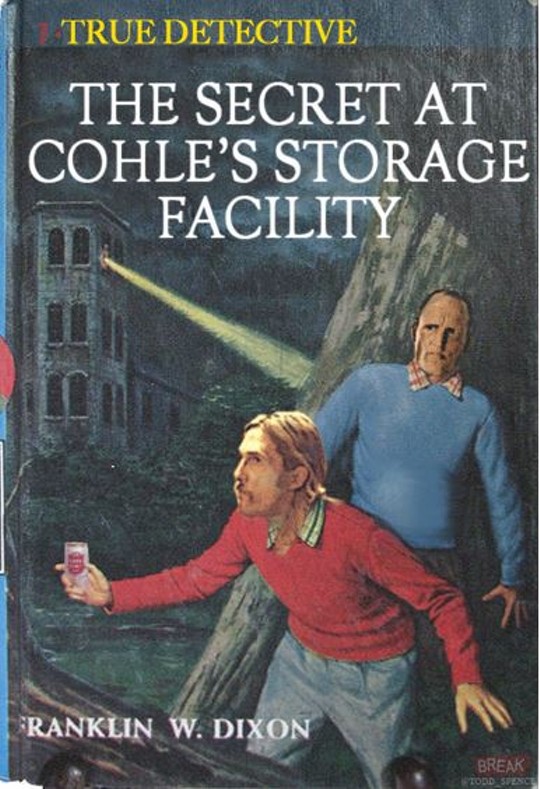