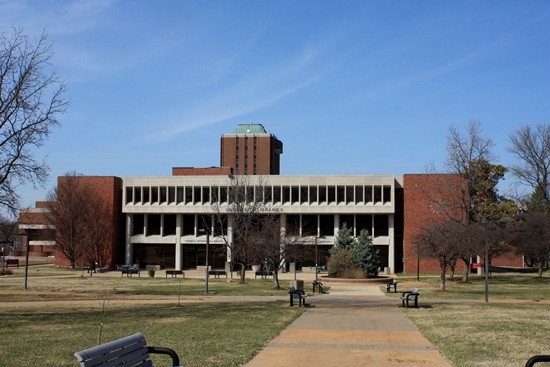 Last week, I examined the 200-year history of the Normandy and Bel-Nor area and its critical link to St. Louis' charitable and architectural legacy. Those proud institutions received a new neighbor just over 50 years ago with the addition of the University of Missouri-St. Louis (UMSL) campus. Built on the grounds of the former Bellerive Country Club, UMSL's professors held the school's first classes in the clubhouse. As finances improved, new buildings began to rise on the rolling land of the former golf course.

UMSL faced daunting building needs as the campus grew in population throughout the 1960s and '70s; the university turned to Brutalism, a style of modernist architecture popular in the 1960s. Taking its named from the French béton brut, meaning "raw concrete," Brutalist architecture featured huge swaths of poured concrete and hard, angular designs -- perfect for the cost-conscious. While Brutalism has its defenders, most people find its stark style of architecture to be cold, unapproachable and fortresslike. In fact, many universities, including Washington University, have begun tearing down their Brutalist-style buildings.

Brutalism dominates the center of UMSL's campus, reflecting the relative youth of the university. And, frankly, the buildings fail aesthetically. Torn between poured concrete and red brick, they attempt to be both modern and traditional; consequently, they are neither. Fortunately, the campus plan from 2013 seeks to abandon this strange Brutalist mess and move toward more forward-looking architecture. But a great university campus, one that stirs a prospective student's imagination when taking a tour, does not just need new buildings. It also requires architecture that reflects a sense of continuity and at least some tradition.

Enter the historic convents and other structures built by various religious institutions which dominated the Normandy area for the last century. The old Marillac College, with its stately Gothic province house and early modernist additions, provides just such a sense of history and continuity. UMSL has wisely (at least for the time being) chosen to incorporate the historic structures of the old Marillac College into its South Campus.

Unfortunately, the university has failed to be so forwarded-thinking in its quest to tear down the Incarnate Word Convent, a.k.a. Normandie Hall.

Continue to see why Normandie Hall needs your help.