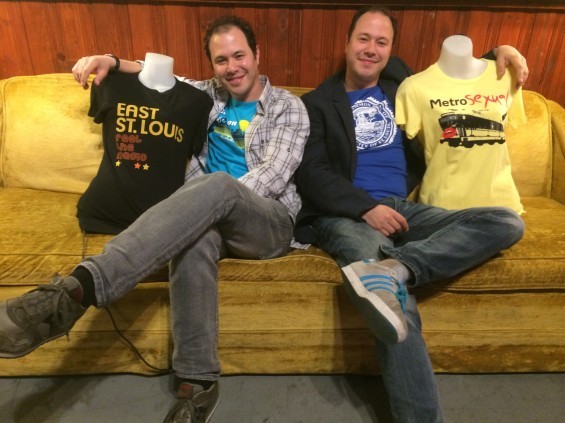 The St. Louis Cardinals and Modern Family like to do it in style -- STL Style, that is.

This summer, the baseball team with the best fans and the television show with the biggest audience are turning to a small design and print shop in St. Louis for some of their biggest fashion needs. STL Style owners Jeff and Randy Vines and their team of city-proud designers are on deck to provide winning looks for the Cardinals' "Christmas in July" T-shirt giveaway for the Wednesday, July 23, game and for Modern Family's upcoming baby and toddler line.

"We're thrilled! Sometimes we pinch ourselves," Jeff Vines tells Daily RFT. "We can't believe we'd have this broad of a reach when we started out so many years ago, just the two of us."

Brothers Jeff and Randy Vines already are well known for their irreverent St. Louis T-shirts ("Meet me in St. Louis, bitch!" and "Fo' Chouteau" are popular) and pro-city trinkets, but they've recently expanded the business to include major custom orders such as the Pride shirts for Nordstrom at West County Center and a number of items for Planned Parenthood. The business' work on the St. Louis Cardinals and Modern Family projects is a new level of notoriety, though.

"We have arrived, right? When the Cardinals take notice, we can just retire?" jokes Randy Vines. 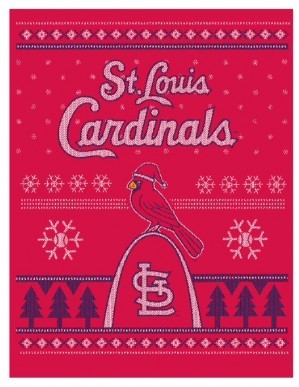 The partnership with the St. Louis Cardinals is a match made in Provel heaven. When fans buy a special theme ticket to the July 23 game against the Tampa Bay Rays, they'll receive a limited-edition STL Style-designed T-shirt that features the famous redbird perched atop the Gateway Arch as baseball snow falls down.

The brothers tell Daily RFT that Cardinals officials often visit the store on personal time and had contacted the Vines through a mutual friend to discuss a possible partnership. It didn't take long for the STL Style guys to say yes to a project that would outfit thousands of die-hard Cardinals fans.

"It was a no-brainer," Randy Vines says. "It was one we really loved to do and one they really got behind. STL Style and the St. Louis Cardinals -- what's more St. Louis than that?"

"Working with us is not only an investment in a small business, but it's also an investment in the city," Randy Vines adds, noting that the STL Style team will be at the game to watch fans pick up their special shirts. "They know that we trumpet all of the wonderful qualities of the city at every opportunity, so they're playing a part in helping to further that."