Carol Reed's The Third Man Remains Haunting After All These Years

In an otherwise enthusiastic review for the New York Times in 1950, Bosley Crowther felt obliged to warn his readers that the film was essentially a first-rate contrivance in the way of melodrama -- and that's all. The description still holds. It's either a serious film with a lot of pulpy elements, or a genre piece with an air of self-importance. And yet it works, for the most part. Its contradictions are what holds it together.

For those who haven't seen it, The Third Man is a crime story set in post-war Vienna, when the city was run by international peace-keeping forces and black marketeering was rampant. Western author Holly Martins (Joseph Cotten, in a rare leading role) has been promised a job by his old friend Harry Lime (Orson Welles), but upon arrival he learns that Lime has just been killed under slightly mysterious circumstances. Questions about Lime, his business interests and, most of all, a mysterious "third man" who witnessed his death but immediately disappeared pull Martins into a noir-ish journey through Vienna's backstreets and sewers, accompanied by Anton Karas' relentless zither score. 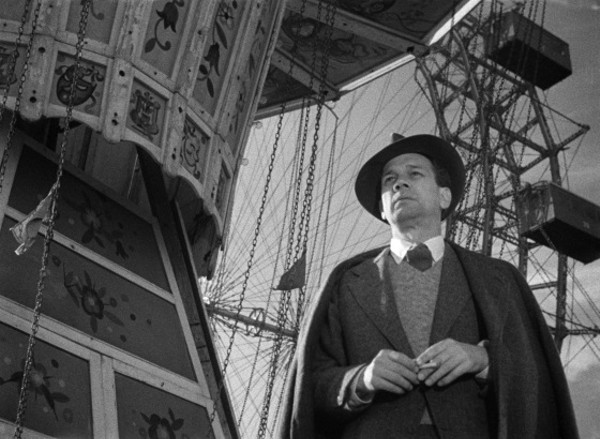 It's not a great film, but it is memorable, driven by the casual charm of Cotten and the enigmatic draw of Welles. Graham Greene's screenplay is uneven (there's a particularly bad scene where Cotten is forced to address the local literary club, a roomful of grotesques who grill him on modernism. What literary grudge was Greene indulging here?), but just atmospheric enough to cover up the plot's holes, and with just enough Hitchcockian elements to keep the story from being drowned by the atmosphere.

But Hitchcock may not be the only source of inspiration. It used to be commonly believed -- although evidence has since proven it unlikely -- that Orson Welles directed his own scenes in The Third Man (Welles himself always emphatically denied it). It is now often presumed that even if Welles stayed in front of the camera, Reed's dark settings and odd compositions were inspired by the innovative look of Citizen Kane and The Lady from Shanghai.

While there may be something to this -- there is a startling cut involving a cockatoo, recalling one of Kane's most jarring transitions -- it's a superficial homage, entirely ignoring the in-depth staging and innovative sound design of Welles' films. There are many vivid and evocative shots, but quite a few that seem to be set at harsh angles solely for a calculated effect. It's not a particularly personal work, but Reed wasn't a particularly personal director (although he inserts himself into the film as narrator of its oddly chatty prologue sequence). Maybe that's why he indulges himself in the off-kilter angles; they act as a filter between the characters and the viewer. 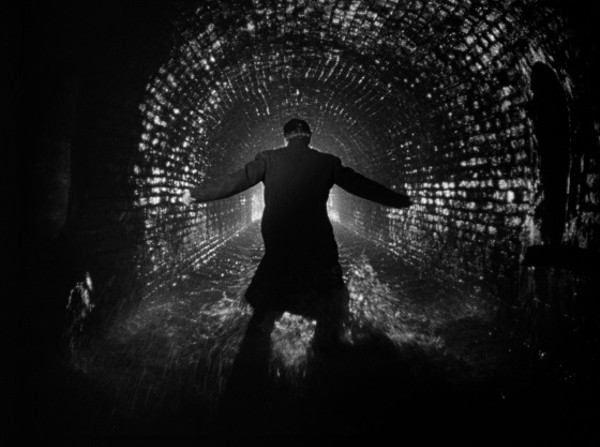 And yet Harry Lime has unmistakeably become one of cinema's most memorable villains, a remarkable feat considering that he appears for less than ten minutes, and only after more than an hour has passed. His appeal, if you can call it that, can be attributed almost entirely to Welles, who was so taken with the character and his amorality that he spun it into a radio series, The Adventures of Harry Lime. What's most unique about Lime is that he doesn't really seem to be villainous at all; he's seductive, charming in a way that's as irresistible as it is condescending, and though Martins -- and the viewer -- can see through Lime's desperate need to win him over, he can't turn away from it either.

All things considered, The Third Man may be less than the sum of its parts — but those parts — a great villain, a personable hero, that impossible-to-ignore music and an exotic heroine (Alida Valli as Lime's mistress) — do linger. No, The Third Man is not a great film, but 65 years after its premiere it remains a haunting one.