St. Louis' homegrown LaunchCode has already found big success in training, and placing, workers with tech jobs. But until now, it hasn't had a bricks-and-mortar headquarters to serve as its physical center.

That changes today, when the non-profit opens its new 10,000-square-foot home — The LaunchCode Mentor Center — on Delmar Boulevard, just east of Kingshighway. In its "Liftoff Expo," the agency hopes to showcase what it plans to accomplish as it moves forward in St. Louis.

LaunchCode, of course, is the brainchild of Square co-founder and native son Jim McKelvey. McKelvey realized that tech companies like his own needed workers, and that plenty of workers need jobs — but there was often a mismatch in skillsets. LaunchCode attempts to bridge the tech talent gap by offering training programs for people interested in the field who do not have the degree or professional experience often required to find jobs within it.

The U.S. Department of Labor projects that 1 million programming jobs will go unfilled by 2020. LaunchCode wants to change that — and it's drawn the feds' attention. In March, President Obama highlighted LaunchCode and alumna LaShana Lewis during the announcement of his new federal program, TechHire, which will provide $100 million in grants to help employers and local governments train workers for tech jobs.

“[LaunchCode] finds talented people across St. Louis and gives them the training and credibility for the tech jobs employers are desperately needing to fill as we speak,” Obama said. “LaShana had the skills. LaunchCode went to bat for her. And today, she’s a system engineer at MasterCard.”
click to enlarge 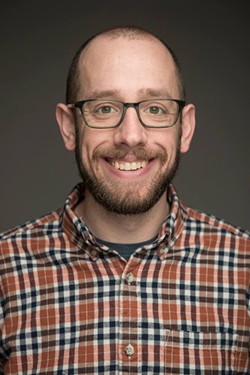 LaunchCode has partnered with hundreds of companies to set up special entry-level apprenticeships that allow people to gain tech experience without a college degree or prior professional experience. Before being placed in an apprenticeship, applicants are tested and interviewed by LaunchCode. They then go through a career mentorship process before being connected with interested companies.

LaunchCode has proven that previous work experience is not essential when it comes to performing well in an apprenticeship, says Communications Director Jamie Corley.

“[Tech companies] kind of fall back on a college degree and years of work experience as a litmus test for success in a programming job, and we’re finding that you can have no years of work experience, go through one of these bootcamps, be totally qualified to fill one of these positions, but there’s this missed connection,” Corley said. “So LaunchCode is saying … give this person a chance, and we’re pretty certain that you’ll see they can do the job as well as anyone.”

The kickoff will be hosted at the new Mentor Center today from 5 p.m. to 9 p.m. CoderGirl, CS50x and Blue|1647 — the Center’s youth bootcamp provider and lead partner, which is based in Chicago — will show off their programs, and panel discussions will address LaunchCode's obsessions, including the lack of diversity in tech and how non-traditional educational structures create opportunity.

McKelvey will also speak at the celebratory portion of the event, which will include complimentary beverages provided by Anheuser-Busch and additional refreshments from local food trucks.

“[W]e want to create this sort of hub approach to what we do here,” Bay said. “There are a lot of organizations doing really great work around tech education that are specifically trying to increase diversity, and we want to kind of have as many of those programs interact as possible … and provide even greater opportunity by having this kind of network of programs in this space.”

Programs are on offer for people at all levels of programming experience, from novices to people who have already earned degrees in computer science. It also offers classes for people of all ages — LaunchCode alumni range from 16 to 58 years of age — and for both men and women.

CoderGirl, run by Crystal Martin, LaunchCode’s education and community engagement manager, is a weekly program designed to give women who are interested in programming a space to meet up and learn together. Some work on web development and design; some learn Java; others take a CS50x course, a variation of Harvard University’s Introduction to Computer Science course.

“I like to say that [CoderGirl] is designed for women but open to all,” Martin said. “There are male mentors there. There are male participants in the program because it’s really accessible for beginner programmers, and if you go to a lot of tech meet ups here in St. Louis, they will embrace you, but a lot of the content is over your head if you’re not a coder.”

Even though LaunchCode has seen incredible results for people who do not have college degrees, it is not attempting to supplant a traditional college education. It is rather an opportunity for people to get a foot in the door of the tech world, even if they do not have the means to earn a degree.

“There’s a wide variety of specific opportunities within tech,” Bay said. “A bootcamp can’t solve all of them, and a college degree can’t solve them all, but the main thing is … there’s an opportunity gap there. There’s a huge opportunity from both sides and nobody to facilitate that.