A suspect in a two-week string of St. Louis church fires is in custody, authorities said.

David Lopez Jackson, 35, faces arson charges in attacks on two of the churches, and he's a suspect in five others, Metropolitan Police Chief Sam Dotson confirmed on Friday.

Jackson, who has flames tattooed across his collarbone, poured gasoline on the doors of New Life Missionary Baptist Church and Ebenezer Lutheran Church before lighting them aflame, according to the charges. New Life and Ebenezer were the fifth and sixth churches hit.

Forensic evidence linked Jackson to the Ebenezer fire, and surveillance video in the neighborhood of New Life captured footage of his car, Dotson said.

He had a partly full gasoline canister and an empty thermos that smell of gas in his car when he was taken into custody, Dotson said.

New Life Pastor David Triggs was "overjoyed" after learning of the arrest on Friday afternoon, and he praised the different churches, community groups and law enforcement agencies that banded together during the investigation.

"It just really showed the power of brotherhood," Triggs said.

The fires began on October 8 when the side door at  Bethel Non Denominational Church in Jennings was doused with a flammable liquid and set ablaze. 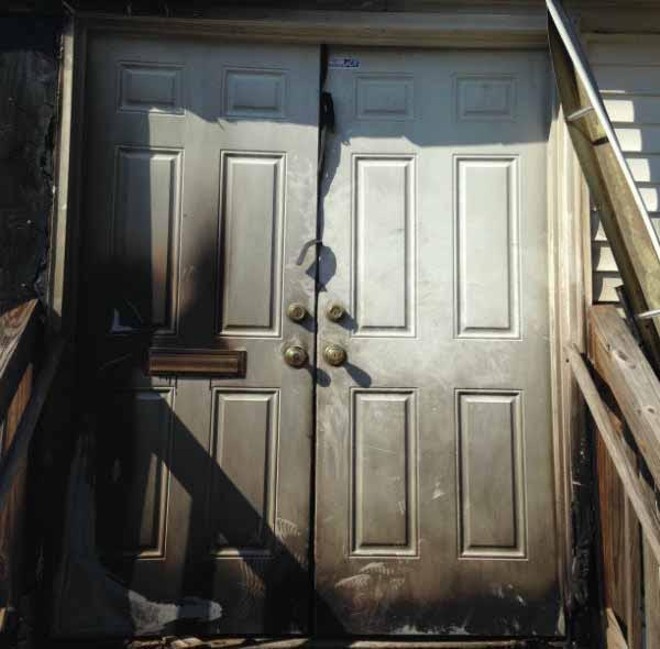 The first six churches — Bethel, New Northside Baptist Church, St. Augustine Catholic Church, New Testament Church of Christ, New Life Church and Ebenezer  — were all within about three miles of one another. All but Ebenezer serve primarily black congregations, stoking fears of a racist at work.

The seventh fire on October 22 burned the rectory doors at the Shrine of St. Joseph, which draws a mostly white crowd to its campus to the edge of downtown, away from the other attacks.

Investigators have found nothing so far to indicate the fires were a hate crime or targeted any particular Christian denomination or ethnic group, authorities said.

Local police and fire departments have worked with the federal Bureau of Alcohol, Tobacco, Firearms and Explosives on the investigation. An award of $9,000 was offered for information.

We welcome feedback and tips. Email the author at [email protected] or follow on Twitter at @DoyleMurphy.