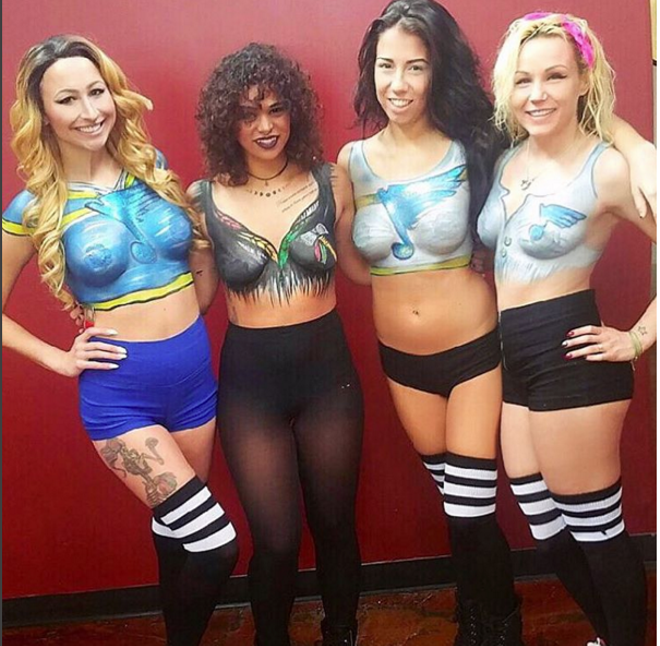 Social House II, the newest bar to open on the Loop, has beaten back University City's request for a temporary restraining order to bar it from operating. St. Louis County Circuit Judge Joseph Walsh III found a reasonable likelihood that the bar would prevail on the merits.

But these topless torsos aren't out the woods yet. A hearing at City Hall tomorrow seeks to strip the bar, a spinoff of Soulard's Social House concept, of its liquor license.

At issue is whether the bar has a current liquor license and commercial occupancy permit. Its owner, John Racanelli, has argued via his attorney Albert Watkins that he is in good standing — after closing the Market Pub House, he filed for a new "fictitious name" as Social House II, and the city can't meddle in a mere rebranding.

But University City, taking umbrage at the particulars of that rebranding, has moved to shut down the rebranded venture, with a request for a restraining order in court running congruently with the process at City Hall to challenge the liquor license.

Watkins says the city process will almost certainly continue even with the judge's ruling today — though he urges the city to take note of what the judge found (namely, that while the court process continues in St. Louis County, the bar may well have its paperwork in order).

"At the end of the day, what the city needs to do is pass a law saying you can't have body-painted women and men be servers," he says. "They need to pass a law, and then everyone can challenge that law up to the Supreme Court of the state of Missouri. That's how it's done — not by jack-booted brown shirts acting with overreach and heavy-handedness."

We'll stay on the story.

Editor's note: We corrected this post after publication to name the judge who actually ruled at today's hearing. It was Judge Walsh, not Judge Permuter. We regret the error.