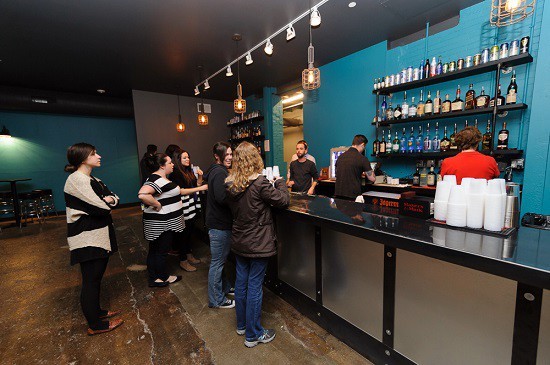 Bob Kraiberg’s not even a minute into describing his untimely departure from the city's Excise Commission, which he ran for three decades before being fired by the mayor March 4, when he catches himself speaking in the present tense.

“My office is down two investigators...” he says, before a quick, nervous laugh. And then he picks up the story of how his six-person division, the agency in charge of liquor licenses throughout the City, has been halved with his termination, since two of his field agents had previously left the office without replacement.

Kraiberg was the definition of a City Hall lifer, spending 30 years as excise commissioner, dating back to Vince Schoemehl’s tenure as mayor. As with any high-profile role lasting that long, his job won him praise, as a responsible, affable, maybe a bit eccentric sort, who knew how to negotiate the system of granting and administering liquor licenses across 28 wards and countless neighborhoods. It also earned him critics, though they mostly speak off the record, describing him as “distant” or not active enough in day-to-day office affairs, a claim he says “is baloney,” claiming that his isn’t a 9 to 5 job due to the hours kept by his body of licensees.

“Fifty percent of the people might’ve seen me a wise, just guy,” he says, in the course of a 90-minute interview. “The other 50 percent see me as an asshole. You can’t please everybody.”

Kraiberg contends that, although he enjoyed civil service protection, Mayor Francis Slay’s Public Safety Director Richard Gray unceremoniously fired him on Friday, March 4. The reason, he says, was his decision to issue a lengthy continuance to a liquor license hearing on the Ready Room, a Grove concert venue looking to secure a 3 a.m. license. Though the popular club had attained the necessary signatures to attain the extra 90 minutes a night, some neighborhood residents spoke against the proposal, largely over noise issues.

In general, the city has been cooler to 3 a.m. licenses in recent years. But Kraiberg believes that the mayor wanted this license to go through. (The mayor’s spokeswoman, Maggie Crane, declined our request for interviews.)

Kraiberg, who has filed a lawsuit challenging his termination, as well as an appeal through city administrative channels, says he was more skeptical about the Ready Room's request for extended hours. Kraiberg believed that the noise concerns were real and suggested a continuance, rather than a “yes” or “no” vote.

“Signatures are absolutely a main factor,” he says. “But it’s not the only factor I can consider. Loud noise is one of those factors. I was trying to work out a problem here.”

Mike Cracchiolo, managing partner of the Ready Room, tells RFT that the continuance was frustrating, as were Kraiberg's concerns about the business. “All he would have had to do was walk down there and listen to know that we were not creating a detriment or a nuisance for these residents, but he didn't seem to have any interest in that,” he writes in an email. 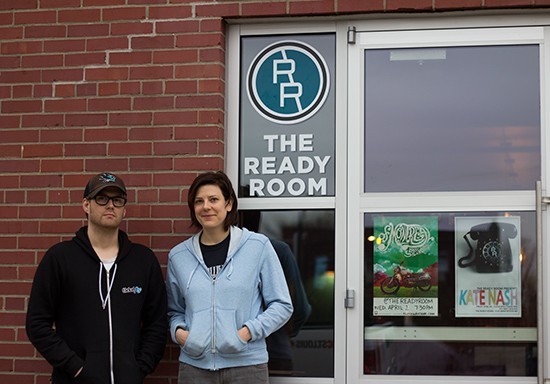 Cracchiolo believes that Kraiberg was conflating complaints about another Grove bar he's a minor partner in, the Demo, with the Ready Room. “By the end of the hearing it wasn't even clear if he understood the difference between the two businesses,” he writes. “The entire time we've been dealing with Kraiberg his attitude has basically been, ‘go fix it.’ The problem with that is there was nothing to fix, except maybe for a perception issue among the residents that he himself helped to propagate. So nothing got resolved, and neither side was happy.”

He adds, “We had the necessary signatures, which we gathered from residents and property owners personally over a period of several months. We operate within city ordinance regarding noise levels, we pay our taxes, we conduct our business in a responsible fashion. If these things weren't true, our application would have been denied outright. What I don't understand is why Kraiberg refused to take a more active role in finding a resolution rather than issuing a two-month continuance. Typically a continuance is two weeks, maybe a month. Two months is a long time to leave a situation to fester.”

Cracchiolo confirms that he did reach out to the mayor's office over Kraiberg's handling of the situation. But, he says, the commissioner's removal creates more problems than it solves.

“The only reason we reached out to City Hall was to avoid the potential of filing a suit against the city. I don't know what happened after that point, but I do know this: if the Office of the Mayor's purpose here was to aid our business, they would have let Kraiberg remain in office until after our application had been resolved. So there had to other factors in play with his dismissal.”

He adds, “As frustrating as the current excise system has been throughout this process, at least it was familiar; we knew the lay of the land. The truth is that we would have eventually obtained our 3 a.m. license had Kraiberg remained in office; it may have required an appeal or a lawsuit, but it would have happened. With Kraiberg gone, the future of Excise seems uncertain, to me at least. I don't know the status of our application; we're not even sure if we will continue pursuing it at this point.”

The club owner is right about one thing: Big changes are almost certainly afoot for the department that handles the city's roughly 1,200 liquor licenses.

Insiders speculate on temporary replacement, potentially from the ranks of Mayor Slay's loyalists (maybe former Alderwoman Jennifer Florida?); a possible shift to ward-based, aldermanic oversight for new licensees; or, most dramatically, a longer-range merger into the St. Louis Metropolitan Police Department. Any of those, of course, would require legislation and would bring a dramatic new look to the department.

Last November, Kraiberg says, he spoke up against efforts to move his office to police headquarters, as the shift would’ve sent clients to two different buildings, with liquor license paperwork currently running through multiple City Hall offices on Tucker.

“The police department would like to influence (licenses) as well,” Kraiberg believes. “They wanted to move the excise department over to there. You see that language on the Mayor’s webpage, regarding future crime-fighting proposals. They wanted to put Excise under police supervision, which is absolutely contrary to the city charter. I’m supposed to be independent: of the mayor, the police, all that. Since most of the offices we deal with are at City Hall, (applicants) would be going to multiple offices, in two buildings. They didn’t consult me on that, they just told me one day." 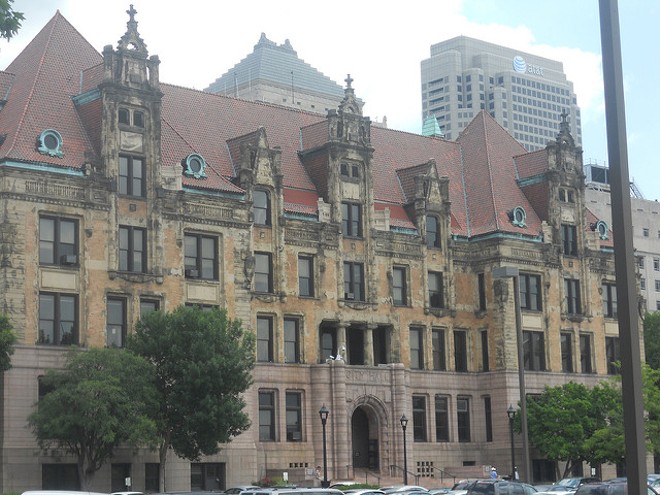 He continues, "In one month, over 300 people are at our counter. That means all those people would drive to City Hall. Park. Then go over to the Police Department. Park. Be personally escorted in and out. Then come back to City Hall. Park. They realized it was a terrible mistake. But they wanted to put (Excise) into some sort of box.”

Kraiberg’s office, like many others at City Hall, needed technological innovation –- it’s an outpost of notecards and fax copies in a digital age. But most of the dozen people contacted for this story suggested that his office was run in sync with Kraiberg’s stickler-for-the-rules personality.

Cracciolo, for example, writes, “While I don't think Kraiberg handled our case in a particularly responsible way, I like Bob a great deal and don't have any hard feelings towards him. I've held a liquor license in St. Louis for eight years and in all that time I never witnessed any improper behavior from Excise, nor do I believe there ever was any sort of outside influence over Kraiberg's decisions. If there's anything you can say about Bob, it's that he was independent. For better or worse.”

For Kraiberg, he'll now be focusing on appealing the termination, both in the courts and through the City’s civil service procedures; it will take lawyers to unknot whether he enjoyed that protection (as he believes) or was an “at-will” appointee.

His case, he says, will highlight two issues: his personal loss of the position; and a wider concern about independence within City Hall offices.

“There’s the loss of pension, the loss of my last few years of work,” he says. “I’m 67 and clearly on the third base side of my career. I’ve only got a few working years left. My retirement package, my insurance is gone, most importantly. Something allowed them to think they could get rid of me without saying why. That’s exactly why civil service rules were instituted. Now, they could point to my smoldering corpse and say ‘Look at this guy. After 30 years and fired abruptly."

He adds, "Under all the different mayors and directors, I’ve served, I’ve never seen the kind of meddling I’ve have with this administration. And I’m independent; I’m supposed to be. My day could be like: I have a hearing and the majority of the neighborhood is in favor. The are vocal people against it. The alderman is for it and the police department is against it. And what I deal with is the facts and the law. A Director of Public Safety told me years ago to follow the law. If made truly political, every four years could bring a different mayor, different aldermen, different friends, different enemies. You could be whipsawed all over the place. So I try to follow the law and balance the needs of small businesses and neighborhoods.”

Said in present tense. Like some of Kraiberg’s other noted habits, that’ll be a hard one to break.

Thomas Crone is a regular RFT contributor and also the holder of a city liquor license, for the Tick Tock Tavern in Tower Grove East.