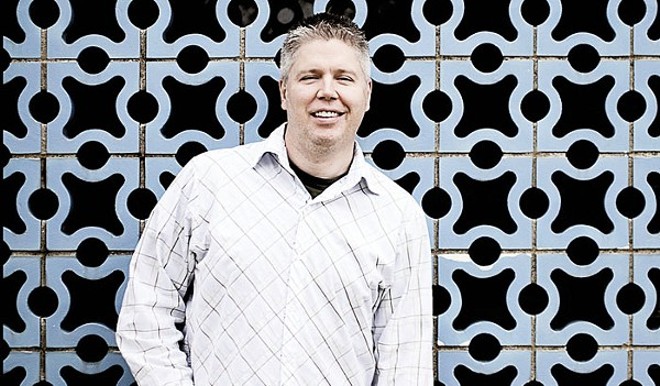 Never, ever underestimate Jeff Roorda's ability to say something awful in a time of tragedy.

Last night, snipers in Dallas shot five police officers dead at a Black Lives Matter rally. And while the nation was still reeling from the shocking tragedy, Roorda — the ex-cop who serves as the business manager for the union representing St. Louis police officers — jumped into the fray with an incredibly tasteless Facebook post blaming the whole thing on Barack Obama.

The post, which appears to now be deleted, showed hands drenched in blood and claimed in all caps "THIS BLOOD IS ON YOUR HANDS, MR. PRESIDENT."

Also last night, the police union's official Twitter account responded to Alderwoman Cara Spencer's concern about criticisms from a black officers union by saying it had called for the resignations of both Spencer and fellow alderperson Antonio French.

Roorda's post was widely shared before it was taken down, and this morning there are calls for his resignation. Considering the man lives for this kind of controversy, and was once again invited to go on CNN this morning to bloviate and inflame racial tensions in a time of tragedy, we'd suggest not holding your breath.

Jeff Roorda is not a St. Louis City cop. He does not live in St. Louis. @SLPOA should not let him speak for them. pic.twitter.com/TLppNLRaQo


.@SLPOA needs to take @ESOPGenesis seriously. It's time for the resignation of Jeff Roorda. I stand with @CaraSpencerSTL and @AntonioFrench


But hey — at least Montel knows he sucks?

Why @cnn wastes it's time with a small little man like Jeff Roorda; I'll never know.