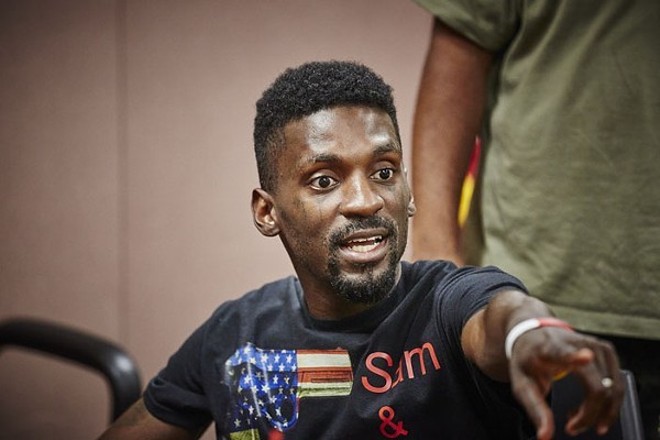 Bruce Franks Jr. will get another chance to take on State Rep. Penny Hubbard.

That's by decree of St. Louis Circuit Court Judge Rex M. Burlison, who issued a sharply worded order this afternoon saying that the St. Louis City Board of Elections failed to follow state law governing absentee ballots — and the irregularities were serious enough to require a special election.

The decision is a huge victory for Franks, an activist and business owner vying to take down Hubbard, a longtime state legislator and member of one of the city's most powerful Democratic dynasties.

Franks lost to Hubbard in the August 2 Democratic primary by just 90 votes, but he maintained — and Judge Burlison agreed — that problems surrounding the election board's acceptance of absentee ballots was enough to throw the election's outcome into question.

Franks won 52.7 percent of ballots cast on election day, but just 21 percent of absentee ballots. That was enough to tip the election to Hubbard.

Even before the election, Franks' lawyer, David Roland, had informed the Board about concerns regarding the number of absentee ballots cast in races involving the Hubbards. But despite being put on notice in a very public way, the Board accepted 142 absentee ballots without the proper documentation required by law, Judge Burlison found.

"The Board's failure to require the use of the ballot envelopes, when it accepted and counted the 142 absentee ballots, placed in person at the Election Board's central office, violated Missouri law," he wrote, concluding that the Board's shortcuts "invited ... less oversight" and "circumvented the protections provided for counting absentee ballots."

The remedy is a "drastic" one, Burlison acknowledged. But he felt the Court had no choice.

He took pains to note that no individual voters are being accused of fraud, laying the blame completely at the feet of the election board.

"No credible evidence was presented from which this Court could find that any voter fraudulently cast a vote in this case," he wrote. "The evidence presented shows that voters in the August 2, 2016 election did everything they were told to do by election staff. Any error or irregularity that this Court finds herein is solely the responsibility of the City of St. Louis Board of Election Commissioners."