Found in a Dumpster, the Psychic of Lafayette Square Returns for Strange Folk 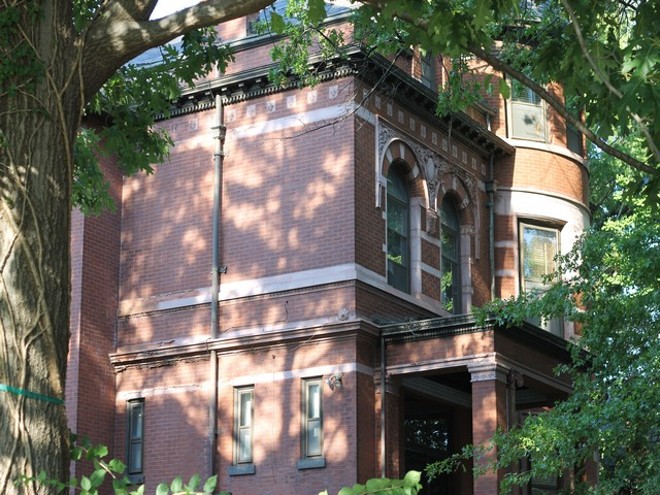 Whether by fate or cosmic happenstance, St. Louis artist Lew Blink discovered the spirit of Carrie Seib in a dumpster outside 2323 Lafayette Avenue.

It was October 2015, five months after Blink moved to the city's Lafayette Square neighborhood. Walking its streets, he couldn't help but notice 2323, a looming, tree-shrouded mansion sandwiched between Gateway Christian High School and Lafayette Park. Blink is also a frequent dumpster-diver, and so when one appeared outside 2323, he couldn't resist taking a look.

Blink would eventually dig up thirteen boxes containing reel-to-reel tapes. When he played them, the voice of a long-forgotten psychic emerged.

"It sent me on a historical exploration," says Blink. The tapes and other documents he'd pulled from the dumpster revealed the voice's owner as Carrie Seib, a German immigrant who moved into 2323 Lafayette Avenue in 1923 with her husband and large extended family. Starting in the 1930s, Seib (rhymes with "bribe") began conducting spiritualist sermons out of the grand home. Her adult son, George, recorded the sermons on the reel-to-reel. 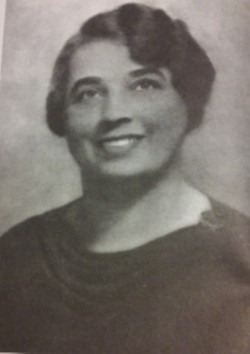 In her talks, Seib told audiences that anyone can access the spirit world and draw on its blessings. She urged them to embrace their power.

"There are a great many ways, and are a great many things that humanity are able to bring about and attract," she said in a sermon titled "What Blessings are Awakening," dated November 5, 1950. "If they would absolutely leave fear out, no longer worry about any other outside connections, but know that the inner power, the inner light, the inner force, it never died. It is ever-present in the dear ones that are absent physically, who are present spiritually."

Seib also channeled the dead and predicted the future. In the same November 5 sermon, Seib advises someone that they are about to experience great changes in their life.

"You're going in a different direction," Seib said, her sentences wandering in a stream of consciousness-like rhythm. "Remember there is a time coming where the income is doubled, and where you're going to see for yourselves, you see, how clear one's eye can see. And I look ahead 70 days, there is going to be so much accomplished, and I see such a beautiful dinner plate before you, that you have nothing to worry."

Blink became obsessed with Seib's work and the history of the house. He dug into newspaper archives, finding advertisements for Seib's "Independent Church of Truth" in the Sunday edition of the St. Louis Post-Dispatch. He also found three volumes of her poetry, published posthumously by her children.

In her written work, Seib detailed how she began having prophetic dreams as a child and channeled her poetry through automatic writing. Blink suggests that she may have been inspired by the exploits of Pearl Curran, a St. Louis medium whose channeling of a dead 17th century novelist became a worldwide phenomenon in the early 20th century.

"I do believe that Seib 100 percent believed what she was speaking," says Blink. "She was trying to save people's souls." 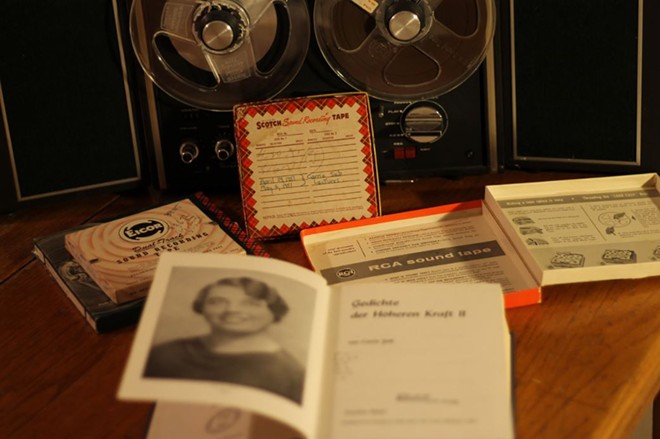 After finding the tapes, Blink spent the next five months tracing the path that turned Carrie Seib from housewife to mystic. He also uncovered details about the German-born steamboat captain who originally built 2323 Lafayette in 1882.

The fruits of Blink's research became a sweeping art project he calls Dumpster Archaeology, which will premier this weekend in Lafayette Square during the Strange Folk Festival. Using doors, windows and artifacts recovered from dumpster, Blink says visitors will be able to step into a mock "living room" that tracks the life of 2323 Lafayette through the decades. The installation will be located at the northeast corner of Lafayette Park.

Much of the material Blink recovered is already available on a website, which also hosts a collection of digitized clips of Seib's sermons.

Blink thinks Seib likely stopped publicly practicing spiritualism when she fell ill around 1963. She died in 1969. Despite her children's attempts at popularizing her writings, Seib's work has been forgotten. If not for Blink spotting a Dumpster in 2015, she may have disappeared from the world completely.

"You are born, reborn, you will find yourself, and you will find those real, living forces," Seib said in a 1956 sermon. Then she made a prediction.