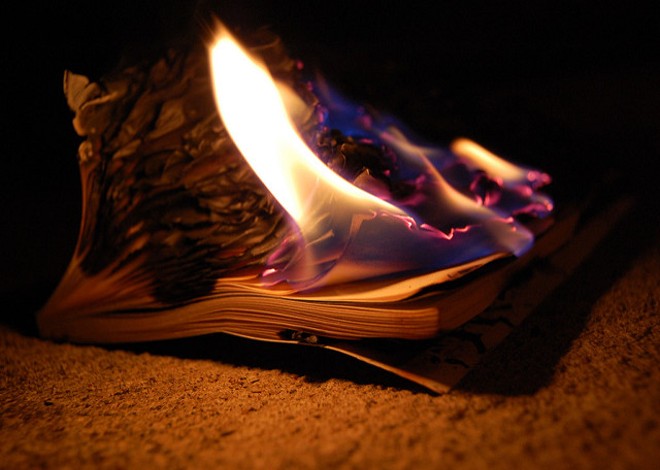 The classic non-fiction novel In Cold Blood features a brutal quadruple murder committed by two ex-cons, one of whom was a short guy. This detail — which seems pretty innocuous compared to, um, the murders — so troubled the parent of a Parkway District high school freshman that it warranted an entry on a list of books targeted for banishment.


"One perpetrator is short,” reads the parental comment. “When the parent’s freshman child read this book, the student over-identified with the perpetrator because he/she was short as well."

The entry for In Cold Blood is among nearly two dozen titles featured in “Parkway Books with Parental Concern,” a list that represents a baffling tour of some fantastic pieces of literature as experienced through the eyes of ludicrously over-protective parents.

Dated May 2016, the list is maintained on the website of Protect Parkway Students. While the group is not officially affiliated with the school district, it claims to be comprised of “parents and community members that represent all 4 areas/zones of the district.”

Judging by the contents of the website, Protect Parkway Students was seemingly founded in 2015 as way of marshaling opposition to a set of proposed (and ultimately approved) revisions to the district’s sexual education curriculum.


But beyond supporting their particular view of abstinence-based sex-ed programs, the group also took aim at books considered unfit for middle-school and high-school students. Like other banned book lists, the selections are mostly works by non-white authors. The list encourages parents to report “inappropriate literature” to school staff and to request the offending work’s removal.


Among the alleged literary infractions:

It's not clear if the parents' group has actually managed to get any of the books on the list removed from district reading lists or libraries, although the notation by Toni Morrison's The Bluest Eye claims it was pulled by a high school principal over a parent's concerns. Cathy Kelly, a spokeswoman for the school district, tells Riverfront Times that the novel is not presently on any school curriculum in the district, but contests the idea that it was "pulled."

"The principal, after talking with a parent about their concern met with a teacher to discuss whether another text could be used to help students reach the same targets," she says. "The teacher made the decision to use a different text. The principal did not require the teacher to do so."

Below, you can read the full “Parkway Books with Parental Concern" list. Not only does it provide convenient book summaries and excerpts to a bunch of steamy sex scenes (thanks, concerned parents!), but it can probably serve as a great resource for any book lover with a library card.

And just remember kids: Anything your parents don't want you to read is automatically cool.

Parkway Books With Parental Concern by Danny Wicentowski on Scribd

Editor's note: The story was updated after publication with a quotation from a spokeswoman for the Parkway School District.
Follow Danny Wicentowski on Twitter at @D_Towski. E-mail the author at[email protected]