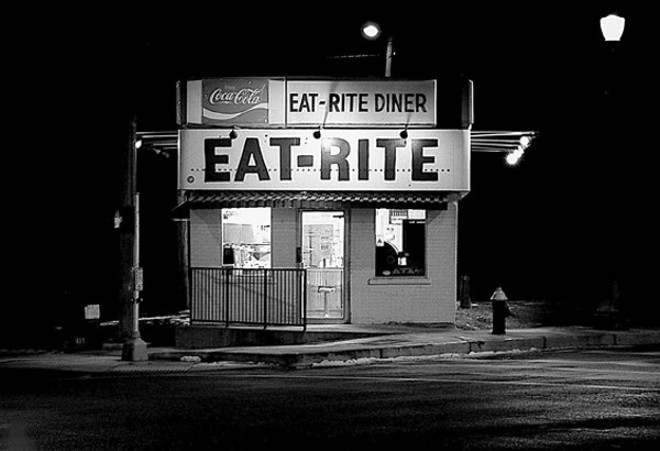 A customer at downtown's Eat-Rite Diner has filed a lawsuit against James Bommarito, saying Bommarito harassed diners and staff at the 24-hour eatery in the wee hours of the morning December 4, 2016, and then followed him outside and shot him in the face.

Anthony Bertoglio alleges in a lawsuit filed last month in St. Louis City Circuit Court that after he left the thirteen-seat diner, Bommarito followed him, attacked him in the parking lot and then stood over him as he lay on the ground, discharging his 9 mm handgun.

The bullet grazed Bertoglio's chin, the lawsuit alleges. Bommarito then fled the scene, according to the lawsuit.

Bommarito has yet to face any charges over the shooting, court records show. The lawsuit, filed February 10, alleges negligence and assault and battery.

Bommarito is the son of Vincent Bommarito, who owns Tony's, perennially chosen as one of the city's finest restaurants. Vince Bommarito was previously a member of the city's police commission, though he resigned in 2010 after news broke that he'd called a police sergeant for help after a nephew was pulled over on suspicion of drunk driving.

James Bommarito has also been in the news: He was arrested for discharging his firearm in LaSalle Park at 4:30 a.m. in December 2009.

Matt Vianello, an attorney with the Clayton firm Jacobson, Press & Fields, tells the Riverfront Times his client has no idea why James Bommarito would have attacked him, much less brandished his firearm.

"My understanding is that there were no conversations between the two of them," Vianello says, beyond "can you pass the hot sauce," from Bertoglio to Bommarito.

In the December 2009 incident, after Bommarito's LaSalle Park neighbors complained of gunfire, police arrived to find "Bommarito walking on the sidewalk," the paper reported. "Outside his home, they found shell casings. Inside, a semiautomatic pistol was lying on the kitchen counter, the report said.

"Bommarito told police that his dog, a black Labrador, had escaped. In an attempt to get the dog to come back, he fired several shots into the air, 'as the dog is trained for hunting and will come toward the sound of gunfire,'" according to the police report quoted in the RFT story.

A call for comment to Tony's was not immediately returned, and no one answered a residential phone number listed as belong to James Bommarito this morning. We'll update this post if we hear back from anyone in the Bommarito family.

The lawsuit says the Bertoglio temporarily lost hearing in his ear after the shot grazed his face and hit the pavement nearby. Vianello says his client is physically OK now, but still can't believe what transpired that night.