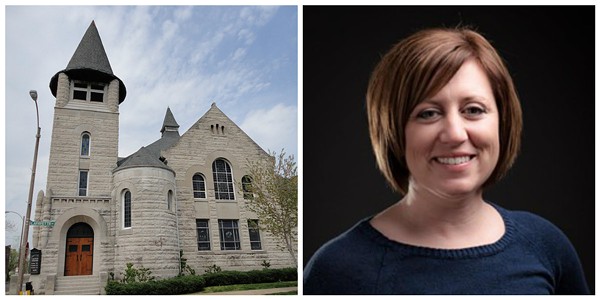 A 2014 car accident that killed the granddaughter of former city Treasurer Larry Williams is the subject of a lawsuit filed earlier this week in St. Louis Circuit Court.

Jada Christa Williams, fifteen, was in the back seat of a 2007 silver Acura being driven by Bryan Delonte Green in the Gate District neighborhood around 9 a.m. on March 6, 2014. A sophomore at Cleveland Junior Naval Academy, she was pregnant.

The suit alleges that the neighborhood's alderwoman, Christine Ingrassia, witnessed "what she thought was a drug deal" between the occupants of the Acura and a black Ford Escape. The lawsuit claims Ingrassia called 911, but also personally gave chase to the Acura.

"Attempting to flee Defendant Ingrassia, [Green] drove through the intersection of Lafayette and Compton Ave at a high rate of speed and struck a tree," the lawsuit alleges. News coverage from the time suggested the Acura reached 80 miles per hour in a school zone. Footage showed a crash so violent, the Acura was split in two.

Williams was killed; the front seat passenger, Dewon Crisp, suffered a sliced artery and broken bones, according to the Post-Dispatch, but survived the deadly wreck.

Green had been out on bail for a charge of marijuana possession at the time of the crash. Last year, Green pleaded guilty to armed criminal action and second-degree involuntary manslaughter over his role in Williams' death, the Post-Dispatch reported. Under a plea deal, he was sentenced to three years in prison.

Contemporaneous news reports note that a witness called 911 and gave chase, but Ingrassia has never been identified as that caller. She is named in the suit, along with Green and the city of St. Louis.

Ingrassia referred questions about the suit to City Counselor Michael Garvin. "After an initial review of the lawsuit, we've determined that many of the allegations are inaccurate," Garvin said in email. "The suit has no merit."

Jump to comments
« Judge Sides with ACLU in Case of Do…  |  No, Bruce Franks Is Not Running for… »