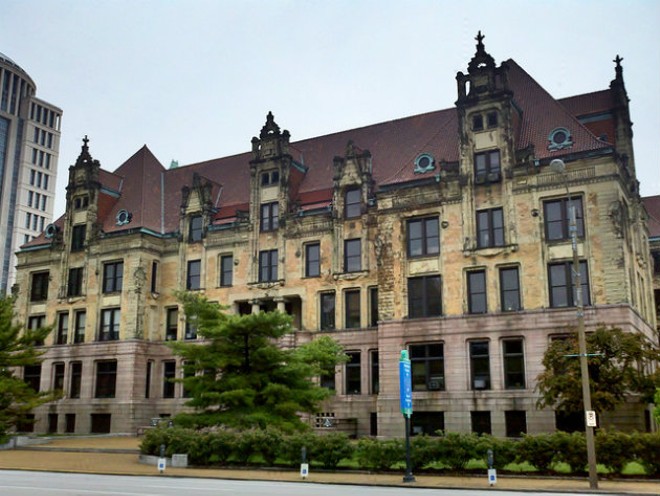 It's no secret that St. Louis has a reputation for having racial problems. However, the St. Louis African-American Aldermanic Caucus, or AAAC, believes it knows an important step to address the issue.

Members of the organization are introducing a resolution at the Board of Aldermen in support of HR 40, a bill sponsored by U.S. Rep. John Conyers of Michigan. The congressional resolution calls for an examination of slavery and discrimination from 1619 to today, as well as reparations for its effects. The study would focus on slavery, discrimination and the consequences of both across the United States — which, of course, would include the city of St. Louis.

The caucus of black aldermen is all for it.

“A study of the lasting and lingering effects of slavery and its continued affects upon American life and culture is warranted and needed if Americans are to [ever] overcome the sickening legacy of oppression and discrimination,” Alderman Terry Kennedy, who represents the 18th Ward and is chairman of the caucus, stated in a press release. "True and lasting racial equity cannot be achieved without understanding the lasting effects of slavery on the American populace, life, culture, psyche and spirit."

John Collins-Muhammad, the alderman representing the 21st Ward, urged for the study to be done.

“This study is a response to the ultimate inequality, cruelty, and the in humaneness of slavery and the impact it has on the City of St. Louis," he says. “Slavery is an imperfection, a blotch on our city and the country; and until we formally address and acknowledge it, we will forever be marked by this disease.”

While the caucus is adamant that slavery's troubled legacy needs to be faced head-on to develop solutions, the group is open-minded as to what reparations would consist of.

Says Kennedy, "Reparations compensation can come in many forms; [whether] it’s funding of education, immediate affirmative action and job opportunities, allocation of city contracts, access to funding and resources and/or simply an apology."

Conyers has introduced reparations legislation on a yearly basis since 1989. You can read more about HR 40 at congress.gov.