Springfield Is Broadcasting Social Security Numbers Over Its Police Scanner 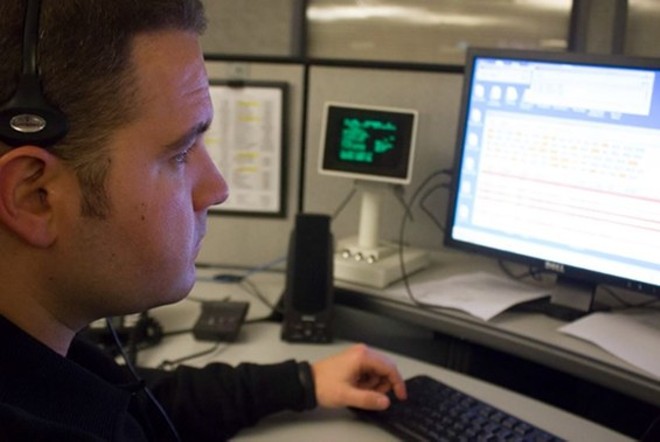 As a private investigator based in Springfield, Missouri, Derrick Marshall spends a lot of time listening to the police scanner app on his phone. In February, while working an unrelated case, Marshall listened as a Springfield police officer called into dispatch to report a suspect who lacked official ID.

Over the police scanner, Marshall heard the officer rattle off a string of nine digits. It was the suspect's social security number.

"They're giving their name, their date of birth, their address, everything. And I’m like, 'This is crazy,'" says Marshall, who shared several recent police scanner recordings with Riverfront Times that featured Springfield officers reporting social security numbers and other identifying information.

Although the private investigator has listened to uncountable hours of police radio dispatches, it wasn't until the February incident that he realized police were playing a dangerous game with people's personal information. An identity thief, Marshall suggests, could easily skim the numbers while listening to the police scanner or even access recordings of previous dispatches stored in online databases.

The complaint demands that the agencies halt the practice of transmitting personal information over unsecured frequencies and issue a "public reprimand for senior personnel in each of the above agencies for failing to train and/or supervise their subordinate personnel in complying with their legal duty to protect individual private information from wrongful disclosure."

Springfield officials, however, defend the practice. In an email, Springfield spokeswoman Cora Scott said that the city's legal department is currently working on a "thorough legal review" of the matter, "but upon an initial review, we have no indication that we operating outside of the law."

"Springfield Police officers, in the course of their daily interactions, do not use social security numbers unless there’s no other identifier available. It’s important they have the capability to confirm the person’s identity through emergency dispatch via their radios for safety reasons. The safety of the public is our top priority. 911 Emergency Communications and Springfield Police work together to ensure that public safety."

Police departments around the county, however, are acting to encrypt their dispatches — not only to ensure citizens' privacy, but also to protect officers from possible ambush or attack. That tactic, however, has ramifications of its own: Encryption conceals the chatter on police scanners from public scrutiny, removing a longstanding tool used by public and media to keep police departments accountable.

"The fact that potentially millions of people could be listening to these communications at any given time, means every time a social security number and/or other information is leaked, each party who overhears the transmission would constitute a violation of the Driver's Privacy Protection Act, and the related state statutes," his letter of complaint notes. "Although this complaint contains ten recorded violations of the DPPA, the number of times the law was violated would depend on how many people were listening at the time of the transmission."