Last Wednesday, at City Hall, Alderman Joe Roddy called a colleague to the carpet — in a really unfair way.

Alderwoman Christine Ingrassia was standing before the Housing and Urban Development Committee, which Roddy chairs. Ingrasssia was seeking committee support on a tax plan benefiting a new business in her ward — Charleville Brewing Company, which recently opened a brewpub in partnership with Paul and Wendy Hamilton, who own PW Pizza, Vin de Set and other successful city eateries.

Unlike other businesses seeking tax deals — say, the Starbucks that has its own special taxation district, or the $19 million grocery store/gas station Paul McKee promises to build in north city if only taxpayers sweeten the pot just a little bit more — this deal was not totally embarrassing. Charleville already has a successful operation in Ste. Genevieve, yet they've invested in Downtown West, with an operation that will eventually include not just the restaurant and brewery, but a market and butcher shop. And it's all happening on a once-forgotten stretch of Chouteau, part of a longstanding city-ordained "Enhanced Enterprise Zone." Ingrassia's resolution would merely allow Charleville to tap into the incentives laid out for that zone.

Now, you could certainly question whether the brewery needs a tax cut. It's already opened its doors and is off to a great start. Beyond that, the Hamiltons have made big strides in revitalizing that part of Chouteau. The zone could well be unnecessary to attract business in 2017.

But that wasn't where Roddy was going when he called out Ingrassia. Not at all.

Basically, he was pissed that she'd voted against some tax incentives in his ward. And so before he would allow the Charleville plan to move forward, he demanded to know whether she'd support a proposal he's working on to create more uniform guidelines for developers.

The demand was patently unfair. There is no proposal, at least not one Roddy has revealed to colleagues. And yet, as a video of the meeting makes clear, Roddy flat-out refused to move forward on Charleville's plan without Ingrassia signing on — not just to the idea of guidelines, but to whatever particulars he comes up with.

"If we adopt those guidelines, are you going to be comfortable supporting those for projects that are in other people's wards?" he demanded. "Because my concern is, I've had projects down there that you've voted against that I've found inconsistent with views on other projects in your own ward."

Having a set of guidelines, Roddy intoned, "may require you to vote for projects that you aren't necessarily completely enamored with. Are you comfortable with that?"

"I think that's a difficult question for me to answer with specificity today," Ingrassia told him. "I'm definitely in favor of the reform and all the work that you —"

Roddy cut her off. "Well, why don't we go ahead and hold this resolution until we get all the —"

"Can I finish the answer?" Ingrassia interjected. "I appreciate the work that you and the committee are putting in, and I look forward to having a comprehensive structure and something we can all follow, but without having something in front of me today —"

"OK, what we'll do, we're going to try to get something in front of you before we come back," Roddy cut in. "So we'll hold this, and ... then you can go ahead and make a decision." Gavel down, discussion over. No vote for Charleville.

The moment was stunning in its pettiness. Maybe Roddy was angry that he couldn't get unanimous approval for the projects in his ward. But now Charleville can't get a committee vote until its alderwoman agrees to support a plan that doesn't even exist yet?

These are the sorts of things we all know go on at City Hall. But it's still shocking to hear them put so baldly in an open meeting.

Indeed, watching Roddy lecture Ingrassia, seemingly fuming in righteous anger, one thing is apparent: He's so used to business as usual that he thinks anyone observing the meeting will assume it's Ingrassia who's in the wrong. 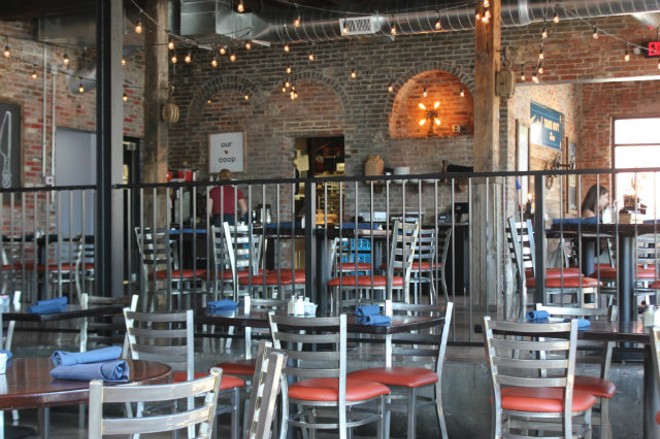 Asked about the meeting, she acknowledges she was blindsided by Roddy's demands for a pledge of allegiance (and a bit surprised he'd make them so publicly). Still, she's confident the Charleville deal will ultimately move forward.

"I don't think it's going to be a problem to get it passed," she says. "It's a case of I just need to 'learn my lesson' type of thing. But what's upsetting is that this project gets put on hold not because of its merits, but because of how he feels about me. This is the reason people don't like politics, or politicians."

And it's a bigger symptom of what ails St. Louis City Hall.

We may think of the Board of Aldermen as a bunch of squabbling politicians. But that's only behind the scenes. When it comes to the public arena — discussions at meetings, quotes in the newspaper, and most especially the rare "no" vote on the floor — far too many of our elected representatives are troubled by the merest hint of dissension. There's a reason the RFT found last year that the mayoral candidates on the board rarely voted "no" on anything — most aldermen don't. And when they do, it's treated like a scandal.

That's thanks to a troubling little concept called "aldermanic courtesy." Yes, we're one city, and not a big one at that. But each alderman or woman is treated as the king of their own little fiefdom. If they want to give away tax dollars, or close a street, or a take their marching orders from a developer, everyone is supposed to defer to them — never mind what's good for the city as a whole. "Courtesy" means everyone else vote "aye" on even the dumbest plans.

That's one reason it's taken an outside group of rabble-rousers, Team TIF, to challenge the city's penchant for blindly giving away tax dollars to developers. For the most part, our representatives vote yes on deal after deal that starves the city's coffers, simply because every alderman wants to bring development to their wards — and the others can't afford to get on the bad side of their sponsoring colleague by voting no. Nobody wants to be Christine Ingrassia on July 5, upbraided before the lawyers and developers who rely on them to carry the ball forward.

In this set-up, critical thinking isn't just frowned upon; it's punished. Numerous aldermen and women note that the president of the Board of Aldermen, Lewis Reed, tends to assign two types of members to important committees: Those who favor the status quo and clueless newbies. If the clueless newbies grow up, and start to question the way things are, they rapidly find themselves reassigned to Siberia. The only way to get any power at City Hall, apparently, is to march in step.

Alderwoman Megan Ellyia Green, herself no stranger to Siberia, says that with fresh faces getting elected to the board in recent years, the split is growing between those who defer to ward parochialism and aldermanic courtesy and those who believe the city needs a bigger-picture view.

"The younger generation in particular thinks we have to be looking at these issues as citywide issues," she says. "Otherwise you've got 28 wards, each with their own mayor. And that doesn't create an effective city."

To that end, Roddy's idea to craft city-wide guidelines to restrict tax incentives has real merits. Looking at these giveaways holistically is one important step in figuring out how to restrict them — and curb aldermanic courtesy run amok.

But the devil may well be in the details. And until there is a plan on the table, it's ridiculous to start forcing people to promise allegiance to it. Beyond that, it's downright embarrassing to tell entrepreneurs trying to do business here that City Hall is only open for business if their alderwoman voted the "right" way on a committee chair's pet project — or pledges allegiance to a reform plan that doesn't even exist yet.

And as for those reforms.

The best plan isn't going to come from Joe Roddy huddling with the St. Louis Development Corporation and developing guidelines that they then foist on everyone else. Like it or not, they're going to have to engage with their critics who've taken on this issue with a passion. And they may even end up with some "no" votes on the final package, or the tax incentive plans that later result.

That isn't an insult. It isn't discourtesy. It's democracy, and wouldn't it be nice to see a bit more of it in action?

Sarah Fenske is the editor in chief of the Riverfront Times. Email her at [email protected] or follow her on Twitter @sarahfenske