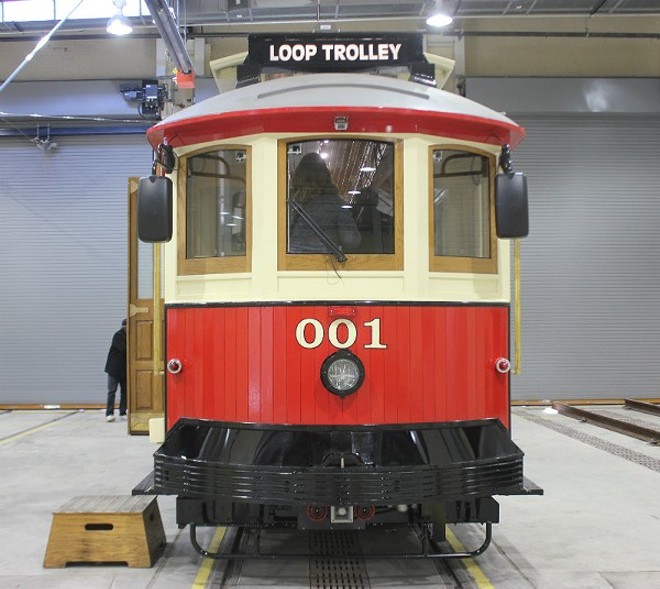 Summer is here, but the Delmar Loop remains trollyless. What gives?

After years of preparation, the $52 million trolley line — which will run to destinations between the Loop and the Missouri History Museum in Forest Park — was projected to be ferrying passengers by now. Or at least, that's what the timeline looked like back in March during a press conference to show off the newly renovated trolley cars.

But the subsequent months have brought additional delays, explains Kevin Barbeau, executive director of the Loop Trolley Company. Each of the three trolley cars ultimately needs 300 miles of testing, but at this point the two vehicles in the organization's possession have only logged between 20 and 25 miles. None of the promised dry runs promised for this spring and summer have materialized.

"Powered tests have so far occurred only in the protected right-of-way east of the Des Peres Bridge on Delmar, and on DeBaliviere," he says.

And Barbeau says a firm timeline for the remaining road tests won't come together until further assessment.

"Obviously, the schedule has shifted a fair amount throughout this project’s lifespan — lots of moving parts that perfectly align on paper, hadn’t in practice," Barbeau says in an email.

Still, Barbeau blames this season's delays not on the current cars or the state of the track, but on a third trolley car. Although they'd been aiming for an early spring or summer opening, "an unexpected delay in receiving critical parts for the refurbishment of the third trolley vehicle (a 1920s model built in Melbourne, Australia) forced us to reassess."

Where does that leave the project? Right now, Barbeau says the trolley is still in the "system acceptance stage," which also involves months of testing the trolley cars' internal systems, including traction, breaking, communications and signaling.

The next stage, "system integration," will bring the full road tests, and that means drivers will soon have to contend with new vehicles on the road that can't swerve around double-parked cars. Proper parking etiquette — against the curb, with the entirety of the vehicle inside the marked parking line — is suddenly going to be much more important on the Loop.

In the meantime, Barbeau says the testing on two main trolley cars have uncovered no significant problems. He declines to provide a specific start-date for the full road tests, though he says they're "on the brink" of starting system integration testing. The company is also still in the process of hiring dispatchers, operators and maintenance crew.

Despite the delays, Barbeau maintains that the pieces really are coming together, and that at some point, we really will start to hear the clang of the trolley.

When will that be? Basically, when it's ready.

"Of course, we do have a date in mind," Barbeau writes. "The next time a date is announced, we want to be sure we hit it."