Abhishek Jain, Maryland Heights Doctor Charged with Sodomy, Has a Troubled Past 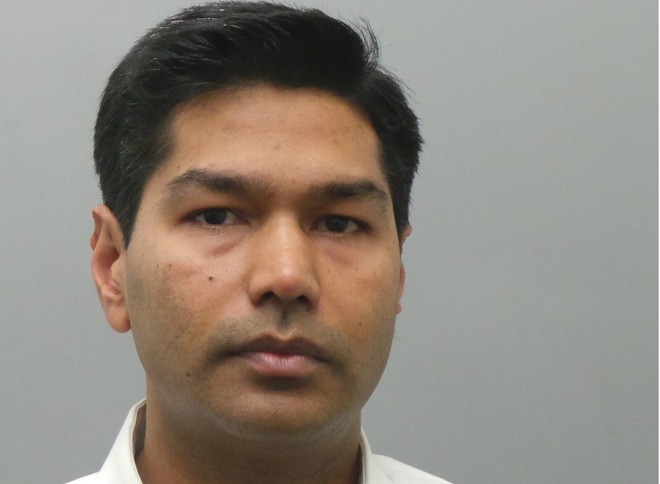 A Maryland Heights doctor with a sketchy history has been charged with sexual abuse and sodomy.

Two patients have separately accused Dr. Abhishek Jain, 38, of groping them during exams at Interventional Pain Management Services, according to St. Louis County police. The women don't know each other, and both told investigators they were abused in October, police say.

Jain was previously kicked out of a residency program in Maine and had been denied a medical license in Kansas. He later applied for licenses in California and then Missouri, records show.

Both states had questions about his past. Yet records show both nevertheless granted him probationary licenses.

The Missouri State Board of Registration for the Healing Arts noted a series of troubling incidents, including claims by a former co-worker that in May 2015 Jain had cornered her in a hospital supply room and assaulted her. The woman sued the hospital, which settled the case and terminated Jain.

The doctor told the Missouri board he never assaulted the woman. He admitted he was in the supply room with her but says he only asked her to dinner and she refused, according to records.

In October 2015, Jain was arrested in South Portland, Maine, on child endangerment charges. A witness in a parking lot called police after spotting a crying child alone in a car. Local police said Jain ran out of a store when they arrived, opened the door and shouted at the child.

Maine prosecutors eventually agreed to a deal, allowing the charges to be dismissed if Jain paid a $200 fee and stayed out of trouble for a year.

Jain was originally turned down for a Missouri license in 2013 but told he might be able to take steps to obtain one, records show. The board was leery of his previous Kansas denial.

The Kansas panel had questioned Jain about his termination from his residency program in Maine. He claimed the problems amounted to mostly minor incidents — tardiness and not responding to some messages — as well as an alleged "lapse in clinical judgment related to a patient," which Jain denied.

The Kansas board has redacted some of the findings that are publicly available, but it determined that Jain's explanation "fails to disclose and misrepresents the grounds for the disciplinary actions" taken by the residency program, records show.

When Jain later applied for a license in California, the board there noted that he omitted any mention of the Kansas rejection. Still, the state decided to grant him a probationary license anyway.

And in late 2016, Missouri appears to have granted him a probationary license as well, allowing him to work here as long as he reported regularly and followed all their rules.

It didn't take long for Jain to run into trouble. St. Louis County police say he preyed on the two patients, who are identified in a probable cause statement as S.B and C.L., less than a year after being authorized to work in Missouri.

S.B., who is 60, told investigators she has chronic pain and scheduled an appointment with Jain for October 17. During the exam, the doctor "groped her breasts and genitals with his hands," according to court records.

On October 23, 61-year-old C.L. had a nearly identical experience when she went for treatment of an aching back and hip, police say.

Both women stopped the exam and left, police say. Interventional Pain Management Services has locations in deep south county along Cedar Plaza Parkway and in Florissant in north county. The women did not go to the same location, police say.