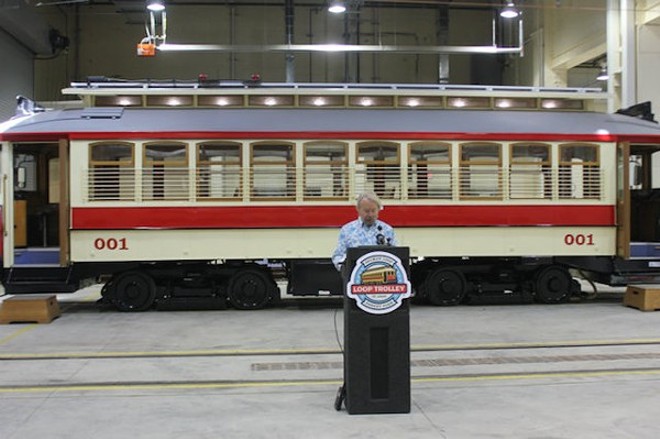 We've hoped for it. We've dirty-talked it. We've eyed it. We've made it rain on it. We've put ourselves in bondage over it. We were ready for it before it was even tested. And at one point there was even some slapping and hitting going on. But nope, no matter how much we want it, the Loop Trolley still won’t come.

What do we have to do? It’s been nearly eight long years and we’re still here grinding, trying to get this thing to slide up our street.

And now, according to the St. Louis Post Dispatch, the Loop Trolley’s “most recent target period for beginning operations — sometime in the late spring — won't be met.”

They say it’s being held up because "everybody is waiting on Federal Transit Administration approval,'' but we know the truth. We know it’s because you can’t handle us getting all sexy with MetroLink.

But we swear we’re ready to receive your big choo-choo now, Joe. Run that train on us!