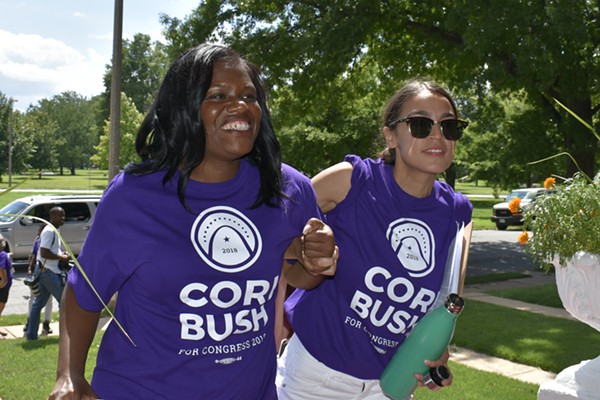 Cori Bush had national buzz and powerful progressives supporting her, but it was not enough to topple U.S. Rep. Lacy Clay (D-St. Louis).

Final vote totals had Clay winning Missouri's 1st Congressional District easily in what was supposed to be his toughest test in years, with 56.6 percent of the vote. Bush, a nurse whose political profile rose out of Ferguson protests, had hoped to outflank the nine-time incumbent from the left, but took 36.9 percent.

Her campaign got a big boost from another underdog, Alexandria Ocasio-Cortez, who stunned an establishment Democratic heavyweight in New York. 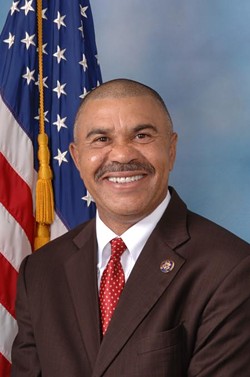 Bush and Ocasio-Cortez were both backed by Brand New Congress, an organization created by former Bernie Sanders staffers. The two became friends, and when Ocasio-Cortez suddenly became a progressive star, she worked to widen the spotlight to Bush.

The two campaigned together in St. Louis, and an insurgent movement in the Democratic party hoped they might have another giant-killer on their hands. Bush pushed a platform that included a $15 minimum wage and free college tuition. If she was successful, national watchers were ready to see it as a sign Ocasio-Cortez's victory as the beginning of a wave, instead of a political anomaly.

But Missouri was always going to be a tough test. Clay has a powerful hold on his district, which covers western parts of the city and stretches of north county, including Ferguson. His father, Bill Clay, was one of the founders of the Black Congressional Caucus. Between father and son, they have represented the region for half a century.

After today's vote, Clay is headed for his tenth term.