Charges have been dropped against St. Louis' infamous "Murder Mom," accused of orchestrating hits on two teenage witnesses in a murder allegedly committed by her son, after a detective's brain cancer left him unable to testify.

Authorities say Latashia Mopkins enlisted her brother Cortez McClinton, nephew Frederick Mopkins and another man, Travon Knighten, to take out the witnesses in 2013 and 2014, the St. Louis Post-Dispatch reported.

The teens were expected to testify against Mopkins' son, Tyrell Davidson, who was accused of gunning down sixteen-year-old Chauncey Brown in 2013.

He was later indicted along with his mother and relatives, accused as a conspirator in the witness killings. He remains in custody in that case, and his charges are still pending. 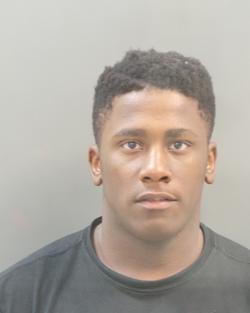 But recently, the conspiracy case ran into trouble. The matter is being handled by the Missouri Attorney General's Office owing to a conflict with attorneys working for the city circuit attorney. And the assistant attorneys general on the case had asked a judge for more time after learning that a St. Louis police detective, who was diagnosed with brain cancer, would be unable to take the stand.

The detective, a key witness, was expected to testify about cell phone evidence in the case, the Post-Dispatch reported.

Judge Christopher McGraugh denied the request. At that point, the Attorney General's Office dismissed charges against the two Mopkins, McClinton and Knighten.

However, a spokeswoman for the Attorney General said that prosecutors planned to find another expert to speak about the cell phones and refile the charges.