Why Medical Marijuana Access Is So Important to Amendment 2 Supporters

Missouri had three medical marijuana measures on the ballot yesterday. One of them, Amendment 2, was supported by New Approach Missouri, and that's the only one that found approval with voters.

At New Approach's victory party, each person in attendance seemed to have their own reason for supporting medical marijuana legalization. Few fit the stereotype of stoners who just want to party, or use medical marijuana as a pretext to get access to pot. Instead, they cited friends and loved ones in desperate need of help.

That includes Dr. Mimi Vo, an internal medicine physician, a medical marijuana advocate and a supporter of New Approach Missouri.

“I’ve been out there trying to educate doctors and people in the healthcare industry, nursing staff, physician extenders and also patients. A lot of patients don’t understand or they don’t know that this can be something that is really beneficial for them,” she told us. “So it’s a very exciting day for my patients to have another option for pain, for nausea, for insomnia, for many different conditions and also as another tool we can use to fight opioid addiction.”

We talked to several other supporters at the party about why they support medical marijuana. Here are their answers: 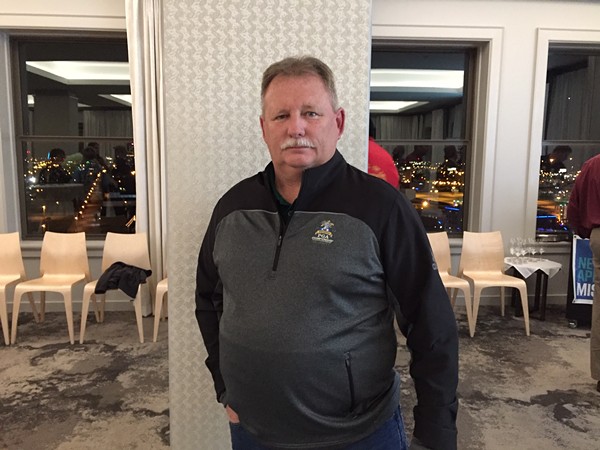 “I’ve had relatives that have been hooked on drugs before and a lot of it was for pain management and things like that. You know, the doctors can only prescribe certain things. And then one thing led to another and they got hooked on different types of opioids, which is my biggest concern. That’s why I’m for another way of approaching this and being able to monitor and take care of people who have diseases like that. I learned about it from my children. Obviously, the younger generation are more familiar with new ways of doing things. And so they talked to me about it.

"I’ve never once in my life used cannabis. Ever. But the kids talked about the benefits and I started doing research and the research led me to believe that there is a benefit.”

“My sister was involved with opiates for eight years prior to her passing. I saw how hard it was to try to get people off of opiates. So then I watched my sister die because she had been on them so long that her colon had atrophied and she bled to death. You cannot get people off opiates very easily. It’s a tremendously painful process. There had to be another solution. Suboxone and the other treatments that I was watching the psychiatrists use were not enough.

"I read studies and that said that in Colorado and other legal areas that medical marijuana was cutting the overdose deaths. I actually knew a psychiatrist that committed suicide because of all of the overdose deaths. He couldn’t live with it anymore. And he supported medical marijuana. And after his death I realized that it was one of the solutions — not the only solution, but one of the solutions that we needed to stop the opioid epidemic. And that’s why I threw my support behind it.”

“Marijuana offers a lot of natural relief to pains that some of the harder medicines that are pharmaceutically made don’t offer. Medical marijuana offers a better, safer approach to it and it works. I’ve seen so many people that it works on. I haven’t been a user all of my life like some people have, but I’ve seen so many people that have self-medicated over the years that have made themselves so much better. They suffered from PTSD from Vietnam or coming back from Afghanistan, then they started smoking and it helped them enormously. And that’s really one of the reasons that I got involved in it: Because I have friends who had essentially self-medicated all of their lives and we need to make it so that they don’t have to run and hide to go medicate themselves. And now that I’ve gotten involved in it, of course I’ve learned about all of the people who use it for epilepsy and other issues.” 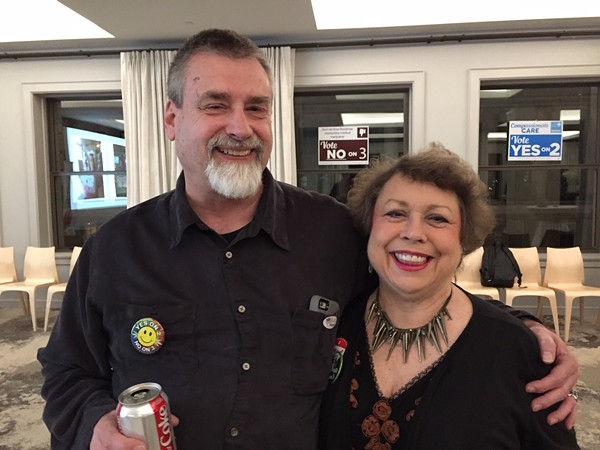 Sandra Mims
“I think medical marijuana is probably the top choice for a lot of medical conditions. Children with epilepsy and veterans with PTSD and it also does a lot of good for other things like glaucoma, rheumatoid arthritis, and it just seems a shame that it’s illegal and they have to take medicines that are bad for them when they could take something natural.”

David Buck
“There are a lot of people out there suffering with debilitating disease or injuries that need some relief. And it’s a lot better than taking pharmaceutical drugs that tear up your organs. I think it’s the compassionate thing to do.” 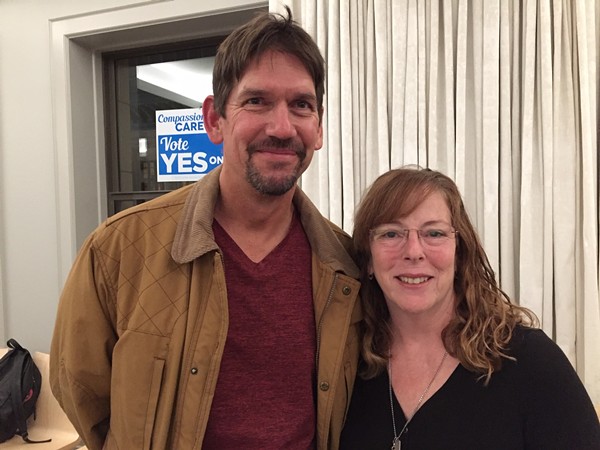 Liza Macheca
"It’s been proven to me that there’s just so many benefits. I’ve been a proponent forever, since I was fifteen years old. We just spend a week traveling in Montana with a friend of ours who suffers from multiple sclerosis. And we watched the effect it had on her. We watched her transform throughout the day. From waking up with a lot of pain to managing that pain the rest of the day and it was an amazing transformation. It should be readily available for her.”

Dan Macheca
"I think it’s beneficial for people who are in need of relief from different ailments and pain and insomnia and all of the above. And it’s natural. I think it’s phenomenal."

Margie Andersohn
“I think it’s really important because I’ve seen it in action. I’ve seen three of my friends with stage four cancer who were cured by using the THC and the CBD treatments and I totally believe in it and I think it needs to be available to people as an option. God doesn’t give us problems without giving us a solution.”