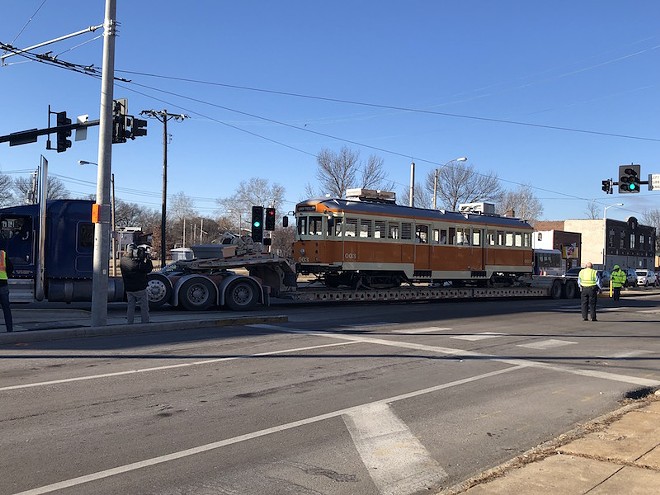 A new trolley car was delivered to the Loop Trolley Co.'s headquarters on Delmar this morning. Experts predict that adding a third car to the service will increase collision rates by 33 percent.

Trolley operators heralded the arrival of the circa-1920 car, saying it would allow them to torment motorists with greater consistency. They also suggested they would use the car to further inconvenience Loop denizens with miles and miles of federally mandated testing.

“Following post-delivery inspection and operator training, the Loop Trolley Company will begin testing the third trolley car,” Loop Trolley Company Executive Kevin Barbeau said in a press release. “Due to the stop-and-go nature of this testing, most test activities will occur in the early morning hours. Once the third car is ready for service, the three cars will rotate so there is always one car on standby.”

Local drivers could not be reached for comment because they were too busy screaming into the abyss.

Judy Garland, however, turned over in her grave and gasped out the following ditty: