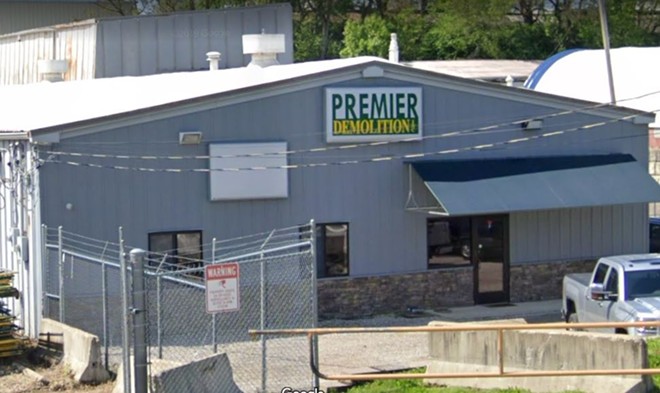 A new civil rights lawsuit accuses St. Louis of discriminating against four companies that lost their status as minority-owned businesses after their claims of Native American ancestry were questioned.

The issue started this past summer. In early June, St. Louis officials decertified five St. Louis companies following an explosive investigation by the L.A. Times, which named the firms as among those who have spent years improperly certified as minority-owned business enterprises, or MBEs. The story exposed multiple companies whose owners claimed membership in a tribe not recognized by the federal government.

As RFT reported at the time, St. Louis officials were caught off guard by the news and acted only after being alerted by the Times reporters working on the story. But even though the city board that regulates MBE certification nixed the companies from its rolls, the city agreed to stay the enforcement of that decision under the looming threat of a lawsuit.

Well, it turned out the threat wasn't so looming. Although unreported until now, the city's Program Review Committee waited just six days before making its decertifications official on June 12.

"The City's rules allow African Americans, Hispanic Americans and Asian Americans to meet the definition of a Minority Group Member by simply
having 'origins' within a group of peoples," the suit argues. "Whereas Native Americans are restricted to those persons who have cultural identification and can demonstrate membership in a tribe recognized by the Federal Bureau of Indian Affairs."

But the lawsuit's arguments are more complicated than just pointing out differences in certification standards. As detailed in the Times report, the Missouri-based tribe known as the Northern Cherokee Nation has long claimed that its members are authentic descendants of the Cherokee, and until 2011, that was good enough for state and federal officials; it meant that a company like the St. Louis-based Premier Demolition, whose owner claimed membership to the Northern Cherokee Nation, could qualify for minority contracts like a $311,000 demolition job in 2017.

The problem is that those federal regulations changed in 2011, thereby limiting contracts to federally recognized tribes — and only three Cherokee tribes qualify. Northern Cherokee Nation isn't one of them.

Digging even deeper, Times reporters Adam Elmahrek and Paul Pringle sought genealogy records and experts to evaluate the claims from the company owners with tribal membership in the Northern Cherokee Nation. The story named Vicki Dunn, owner of the Berkeley-based Global Environmental, and Bill Buell, the owner of Premier Demolition — and aside from membership in the disputed tribe, neither owner had any verifiable Native ancestry, the Times reported.

The new lawsuit doesn't provide additional evidence to back the individual company owners claiming Native ancestry. The suit does include lengthy historical descriptions, news reports and legislative resolutions which it cites as evidence that Missouri already recognizes the Northern Cherokee Nation as legitimate.

However, the Missouri's Secretary of State and Attorney General told the Times that their respective offices had not, in fact, given the Northern Cherokee Nation any kind of official recognition.

The lawsuit seeks damages for loss of business and damage to the companies' reputations, among other things. The suit also demands the city rewrite its policies for approving minority contractors and reinstate each company's MBE certification.