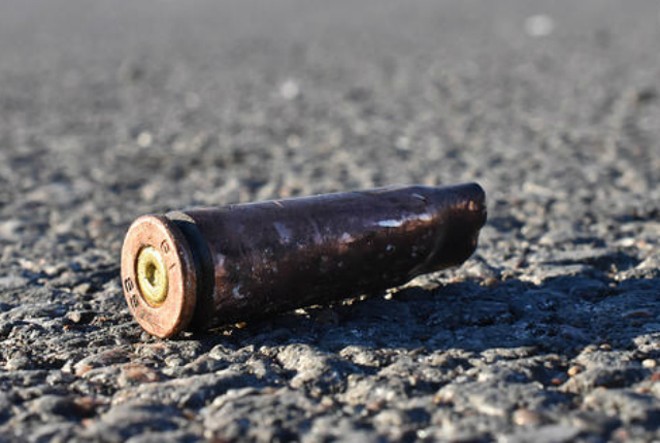 St. Louis police have released the names of the seven people shot to death during the first 48 hours of the new year.

The carnage began shortly after midnight with a triple homicide on the western edge of the Benton Park neighborhood. Police responded at 12:18 a.m. to the 3000 block of South Jefferson Avenue and found 24-year-old Shemar Carnell of Florissant and Karma Richmond, 23, of Ferguson dead inside a car. The body of Deandre Davis, 21, of the Gravois Park neighborhood was discovered around the corner on Indiana Avenue.

Two other men, ages 22 and 26, were also shot during the same incident but are expected to survive, police say. Investigators recovered three guns from the scene, but police say the shooter or shooters are unknown.

Less than three hours later in the Walnut Park East neighborhood, 39-year-old Thomas Wherry was killed and a 30-year-old man was wounded in another shooting. Police drove to the 5400 block of Genevieve Avenue and found the two on the ground next to a vehicle. Wherry was already dead, and the other man was taken to the hospital where he was listed in critical and stable condition.

At 11:01 a.m. in the 1200 block of North Euclid Avenue, police officers found 36-year-old Darrell Smith in the street. He had been shot multiple times, and medical responders confirmed he was dead. Smith lived in the Fountain Park neighborhood, not far from where he was killed.

St. Louis police Chief John Hayden described the burst of violence the one of the worst New Year's in recent memory, the St. Louis Post-Dispatch reported. There were 194 homicides reported in 2019. The New Year's Day killings continued into Thursday.

At 2:15 a.m. on Thursday, 911 callers reported a shooting in south city's Dutchtown neighborhood. Officers responded and found 33-year-old Johnnie Lee Anderson Jr. down in a gangway in the 4100 block of Minnesota, near Marquette Park. Anderson, who lives nearby, was confirmed dead shortly after.

At about 12:30 p.m., police returned to Dutchtown where they found 32-year-old Jason Dudley next to the curb in the 4400 block of Dewey Avenue. He was dead of a gunshot. Police say he was shot during a struggle over a gun. A suspect was taken into custody, interviewed and released pending further investigation, police say.

Police are still searching for suspects in the majority of the killings and ask anyone with information to call the department's Homicide Division at 314-444-5371 or CrimeStoppers at 866-371-TIPS (8477).