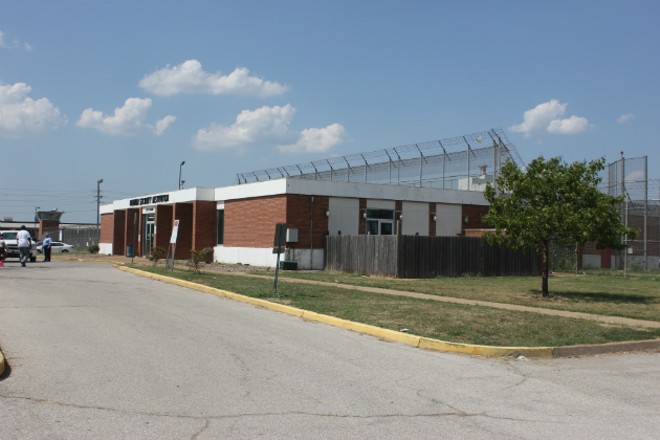 Worried about a potential coronavirus outbreak in city jails, a group of advocates has asked a federal judge to restore restrictions on cash bail.

"When the virus enters St. Louis’s jail facilities, it will 'spread like wildfire' with the potential to be highly fatal," says a motion filed on Monday by ArchCity Defenders, Advancement Project National Office, Civil Rights Corps and Georgetown Law's Institute for Constitutional Advocacy and Protection.

The advocates filed a federal class-action lawsuit in January 2019, targeting the city, circuit court judges, Sheriff Vernon Betts and Corrections Commissioner Dale Glass. The suit argued the cash bail system violated defendants' constitutional rights. A federal judge in June 2019 issued a temporary injunction that banned the practice of holding people for weeks in jail simply because they were too poor to pay cash bail.

The ruling gave the city 48 hours to give newly arrested people fair bail hearings and a week for hearings for people who were already in jail. Some people had been locked up for nearly ten months awaiting trial.

"With the spread of this virus and the unique public health threat posed by prisons and jails, it is more critical than ever to ensure that no one in this region is jailed for their poverty and without the process they are due. Unfortunately, we know that many are,” said Blake Strode, executive director of ArchCity Defenders, in a news release. “The communities we serve are disproportionately and adversely impacted by this crisis, and we have a responsibility to do everything in our power to help mitigate that harm.”

As people in St. Louis and large swaths of the United States remain under orders to avoid groups in hopes of slowing the spread, there has been more and more focus on jails and prisons as possible danger zones for outbreaks. Last week, the St. Louis Circuit Attorney and the district defender of the St. Louis Trial Office of the Missouri Public Defender office announced they were working together to identify people should be released as a way to lower the number of people in city jails and fight the spread.

“It is unconstitutional to detain people before trial — while presumed innocent — solely because they can not afford to pay money bail,” Mary McCord, legal director at ICAP and professor of law at Georgetown University Law Center said in the release. “And it is unconscionable in this global health crisis to expose unconstitutionally detained individuals to increased risk of serious illness or death solely because they are poor."

The motion asks the judge to move quickly and set a deadline of April 3 for the defendants to respond.