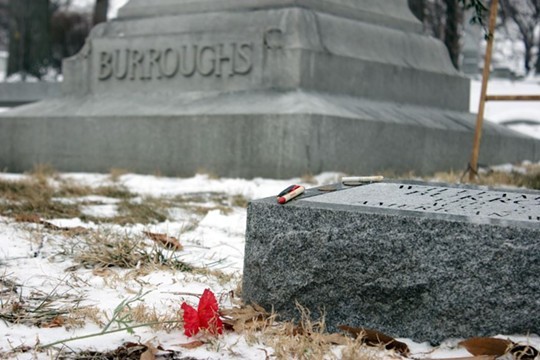 Conservative media shock jock Rush Limbaugh started the short process to becoming literal human waste when he died a little more than a week ago. They say only the good die young, so it makes sense that Mr. Limbaugh lived until he was 70 years old.

Though he’s from conservative Cape Girardeau, MO, KMOV is reporting that Limbaugh has been laid to rest in the very liberal city of St. Louis where 82% of voters chose Joe Biden. ABC News says that his private ceremony was held on Wednesday, February 24 — just two days ago.

Limbaugh’s final resting place is said to be Bellefontaine Cemetery (4947 West Florissant Avenue). The scenic space has long been a resting place for famous drug addicts like William S. Burroughs, so Limbaugh will fit right in.

It does seem a bit odd that the noted homophobe would choose a spot where he would be laid right next to a gay icon like Burroughs for all eternity, but, hey, maybe Limbaugh didn’t want to be buried where he died in the notoriously straight city of Palm Beach, FL.

And should any of his local fans feel the urge to leak out some tears over his grave, Bellefontaine Cemetery is open to the public seven days a week from 8 a.m. until 4 p.m.