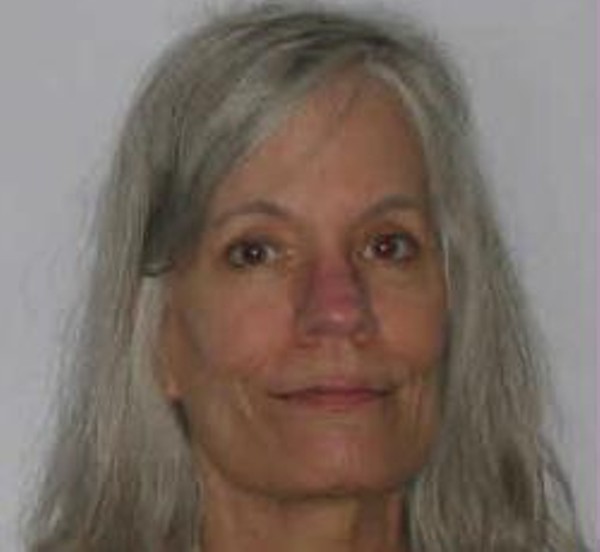 In Lincoln County, where prosecutors long believed in the innocence of Pamela Hupp, the 62-year-old is now facing her second murder charge — a killing which lies at the bottom of a mountain of schemes.

But it's not just Hupp facing a reckoning for the December 27, 2011, slaying of Betsy Faria, who was discovered dead on the floor of her home in Troy, Missouri, with a steak knife still lodged in her neck and more than 55 stab wounds on her body.

In a press conference on Monday to announce the new charge, Lincoln County Prosecuting Attorney Michael Wood said his office would seek the death penalty. He summarized the evidence, pointing to Hupp's plan to kill Faria and then collect a $150,000 life insurance payout — a plan which Wood said "stands alone in its hideousness and depravity"

"Yet, prosecutors and investigators denied it all the same," added Wood, who inherited the case when he took office three years ago.

This was the introduction to the second act of the Wood's news-making press conference, revealing not only a new murder charge against Hupp (who is already serving a life sentence for a murder she committed to cover up her role in Faria's death) but the possible criminal complicity of the county's former top prosecutors and law enforcement officials.

While Wood did not name names during the press conference, he made it clear that this second branch of the investigation would target "potential prosecutorial and police misconduct in the Faria investigation."

That wasn't all: Wood claimed his office had discovered an internal attempt to issue a "destruction order" that, if carried out, "would have almost destroyed all physical evidence in this case."

Wood did not provide further details about the destruction order, only that it was drafted at some point after 2015, but promised that his office would release a report after his office completes its investigation at some point in early December.

"I don't know where this investigation will go," he added, "but I will take it wherever it leads me."

In part, Wood is in his current position because of the Faria murder. In the 2018 election, he successfully campaigned against Leah Wommack Chaney, the prosecutor who oversaw the case and in 2013 convicted the victim's husband, Russell Faria, who would spend years in prison while appealing the decision. Even after a court overturned the conviction because Russell Faria had been prevented from bringing evidence of a different perpetrator — Hupp — the Lincoln County Prosecutor's Office insisted on his guilt and attempted to convict him yet again at a retrial. Instead, the attempt ended in an acquittal and affirmation of his innocence.

On Monday, Wood described the initial investigation into Betsy Faria's murder as "mismanaged from the beginning" and driven by "confirmation bias in its purest form" to produce a case against Russell Faria.

In Wood's statement, he appeared to suggest that the prosecutors at the time did more than just focus their investigative efforts on the single subject, but even manipulated the evidence.

"The only evidence they ever wanted to look at was anything they could possibly try to use, manufacture, conceal," Wood noted.

By the time of the second trial against Russell Faria in 2015, Wood said the Lincoln County prosecutors were acting out of self-protection, not justice for the murdered woman.

"I think investigators and prosecutors doubled down because they knew how deep they had gotten," he said. "At that point, you have to believe that they were concerned that their own civil liability was on the line, and certainly it was."

Indeed, the case produced a seven-figure settlement: In 2020, an insurance company representing Lincoln County settled a federal lawsuit from Russell Faria — who accused the county's police of misconduct and fabricating evidence — for $2 million, the St. Louis Post Dispatch reported at the time.

The launch of a parallel investigation into Lincoln County's 2013 prosecution of Russell Faria arrives at the same time that the current prosecutor's office is gearing up to pursue its murder case against Hupp, who had been made the beneficiary of Betsy Faria's insurance policy just four days before her death.

Hupp had been the last person to see the victim alive, and, in later interviews with police, repeatedly contradicted herself on her whereabouts. Hupp's phone also placed her at the scene of the murder.

According to a probable cause document filed by the Lincoln County Sheriff's Office in support of a first-degree murder charge, investigators described Hupp's efforts to cover up the killing and pin it on Russell Faria: Citing the forensic evidence, the document describes a crime scene discovery of "an unusual blood transfer pattern on the handle" of the knife left protruding from Betsy Faria's neck.


The blood had come from the socks on the victim's feet, but the results of a closer inspection of the bloodstained socks "resemble impressions of fingers and not toes."

The killer, investigators allege, had actually removed the socks and then used them to handle the knife and a pair of slippers belonging to Russell Faria — and then "dipping the objects into the blood."

The apparent evidence implicating Russell Faria, including bloody knife and slippers, were "staged on the scene by the perpetrator to obstruct investigators from finding the truth and deflect blame," the charges allege.

Although the official investigation into the murder of Betsy Faria has taken nearly a decade years to reach its accused perpetrator, Hupp is already serving a life sentence for yet another convoluted murder scheme: On August 16, 2016, Hupp killed a disabled man after convincing him that she was a producer for Dateline and that she was looking for someone to help reenact scenes for a crime-related episode.

Instead, Hupp shot the man dead in St. Charles and planted a note and cash on his body in an attempt to fabricate yet another crime pointing to Russell Faria — who, by then, was loudly calling for an investigation into his wife's real killer. Eventually, Hupp entered an "Alford plea" to murder — acknowledging that prosecutors had sufficient evidence for a conviction. In 2019, she was sentenced to a term of life in prison without parole.

At the end of Monday's press conference, Wood addressed a reporter's question about his decision to seek the death penalty when the killer was already in prison for life.

"This case struck very deep to our souls and our conscience with the level of depravity not regularly seen," he replied. "We have a person who not only murdered her friend, then mutilated the body, staged the scene, testified against an innocent man, and then — once he was acquitted — murdered someone in St. Charles County to prevent her from being considered as a suspect."