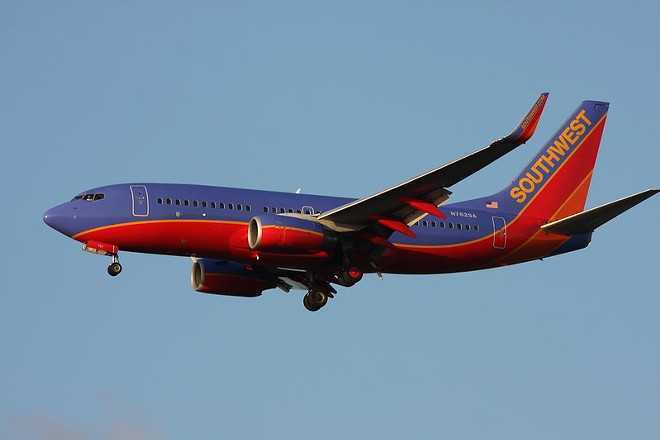 Mark Hunter, of St. Louis, previously pleaded guilty in federal court for possession of stolen firearms. He had been indicted in April.

According to the U.S. District Court for the Eastern District of Missouri, the case against Hunter began in September, when the Manchester Police Department seized a pistol that had been reported stolen by a Southwest passenger. The passenger told police that the firearm had been taken from his luggage.

That's when federal investigators got involved. Agents with the Bureau of Alcohol, Tobacco, Firearms and Explosives, along with the Transportation Security Administration, identified seven similar firearm thefts: All had been reported as stolen from checked luggage on Southwest Airlines flights during a roughly five-month span between March and August 2020.

From there, investigators matched the schedules of Southwest baggage handlers with the dates of the thefts — ultimately, putting Hunter in their crosshairs.

A press release describes how the case was closed: "Records indicated that Hunter was working and had access to baggage from which other guns had been reported stolen. Hunter was approached by agents and admitted to the theft of five firearms from checked luggage he handled in his capacity as a Southwest Airlines baggage handler at St. Louis Lambert Airport."

Along with the six-month prison term, Hunter was sentenced to an additional three years of supervised release.