Smoke on Lake Minnetonka | photo courtesy of Publico
If you're a regular visitor to St. Louis' trendier bars and restaurants, you've likely noticed more mezcal on the cocktail menus of late. The classic Mexican spirit is quickly becoming a go-to ingredient for bartenders thanks to its unique, earthy flavor and artisanal heritage.

And while you may associate mezcal with tequila, they have distinct differences – all tequila is mezcal, but not all mezcal is tequila. Tequila must be made from blue agave, in one of only five regions in Mexico. Mezcal can be made from more than thirty varieties of agave, including blue agave, in nine regions of Mexico.

Mezcal has been around for centuries and is still crafted with traditional production methods (at least premium mezcals are — these are the bottles without the worm, a tourist gimmick). Whereas the harvested agave hearts, called pinas, used in the production of tequila are cooked in large industrial ovens, mezcal pinas are cooked underground in large, underground pits lined with volcanic rock. The pinas are piled in, covered with dirt and cooked over several days. (That produces its unmistakable smoky flavor.) The pinas are then crushed on a stone wheel pulled by a donkey. Both tequila and mezcal are aged inside oak barrels, though the duration varies.

Intrigued? Read on for the best mezcal cocktails in St. Louis this summer. 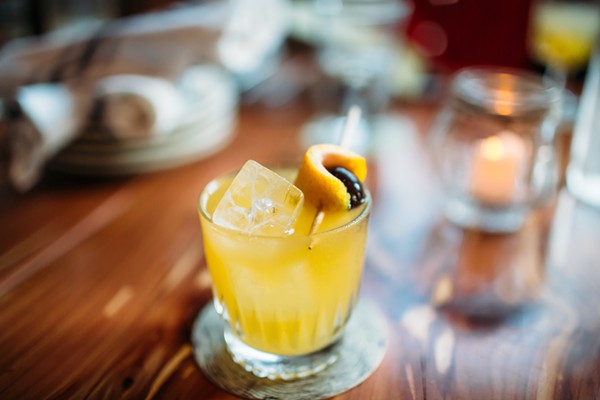 Oaxaca Flocka Flame | photo courtesy of Retreat Gastropub
Retreat Gastropub
6 North Sarah Street, Central West End
The "Oaxaca Flocka Flame" is a tribute to Oaxaca, the region in Mexico where most agave used in mezcal is grown. It's also, of course, a play on the name of hip-hop's Waka Flocka Flame. Combining Vida mezcal, blanco tequila, Ancho Reyes chile liqueur, dry curaçao, passion fruit, lime juice and mole bitters, the cocktail is a refreshing balance of sweetness and spice with a tart finish. 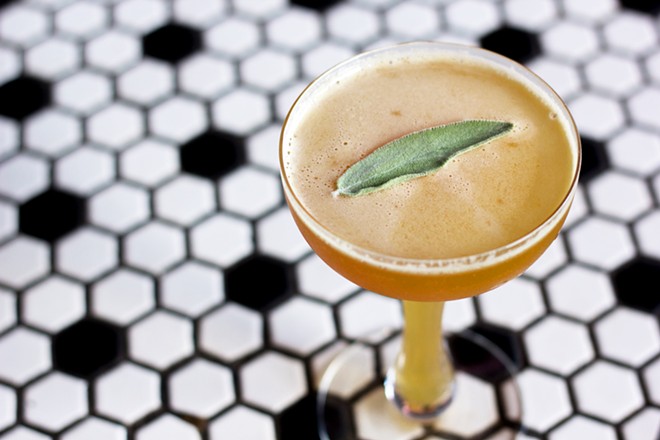 Nixta
1621 Tower Grove Avenue, Botanical Heights
The "Catorce" is a boozy, stirred cocktail that showcases both mezcal and Fernet Vallet, an apertif made in Mexico featuring intensely bitter and woody tones. Cocchi Torino vermouth sets this drink in the approachable realm of a Manhattan, while Ancho Reyes liqueur adds a sweetness to balance the bitterness. It also provides a pleasant lingering heat that pairs well with the smoke of mezcal. 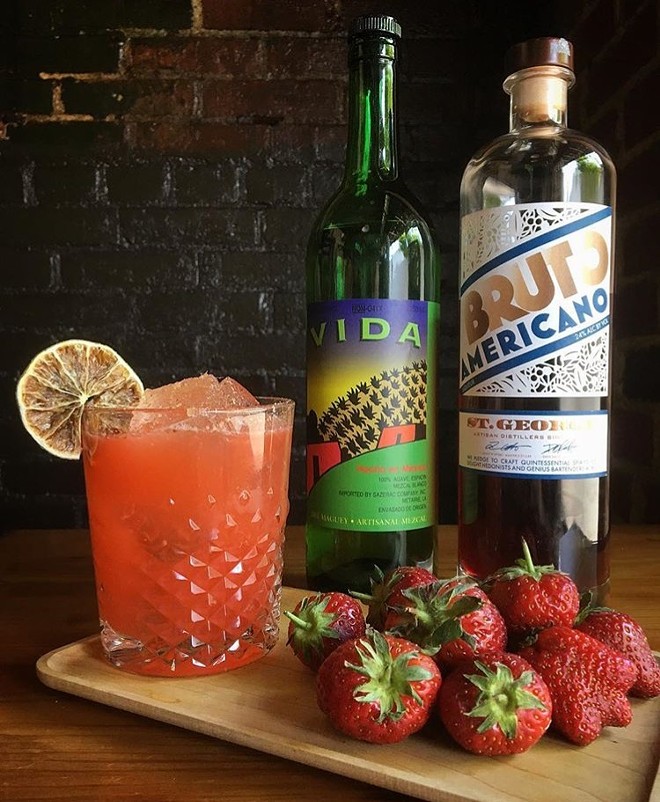 Strawberry Mezcal | photo courtesy of VISTA Ramen
Vista Ramen
2609 Cherokee Street, Cherokee District
A unique cocktail for an Asian-influenced restaurant, the "Strawberry Mezcal" was created as a special for this year’s Cinco de Mayo festival on Cherokee, but everyone liked it so much, it stuck. It's easy to see why — Del Maguey Vida mezcal mixes well with the bitter apertif Bruto Americano, strawberry syrup and dried lime. This one is a keeper. Planter’s House
1000 Mississippi Avenue, Lafayette Square
"Translation...Lost" was inspired by the Sofia Coppola movie Lost in Translation. Japanese whiskey is a nod to the movie’s setting and in keeping with the theme of the movie, Alipus San Andres mezcal represents an opposite culture. The other flavors — Big O Ginger Liqueur, apricot liqueur and Burlesque Bitters — enhance both bases, with spice, ginger and fruit present in both. 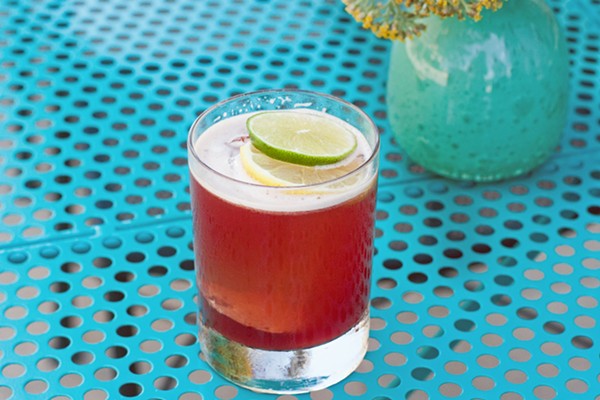 Gotta Have It | photo courtesy of Sardella Milagro Modern Mexican
20 Allen Avenue #130, Webster Groves
The "Oaxacan Sunset" was inspired by the renowned sunsets of the Oaxaca coastline in Mexico, where much of the country’s mezcal is produced. The rich orange is mean to transport the drinker to the beach during sunset, with drink in hand. Del Maguey Crema de Mezcal does the heavy lifting, while Plantation pineapple rum, fresh lime and passion fruit juice, and Angostura bitters add appeal. Blood & Sand
1500 St. Charles Street, Downtown
"This Time Tomorrow" is a versatile drink that shows off the power of mezcal in cocktails, something refreshing and complex with flavors of smoke, cane sugar, dried fruit and tannins. The mezcal is infused with Darjeeling black tea and then paired with Yzaguirre Rojo Vermouth, Velvet Falernum, fresh lemon juice and Dirty Girl Farms' Spring Bitters.

Our 2017 Bar Guide hit the streets this week. Look for a copy in most spots where the RFT is carried.