12 Summer Festivals to Put on Your Calendar Now 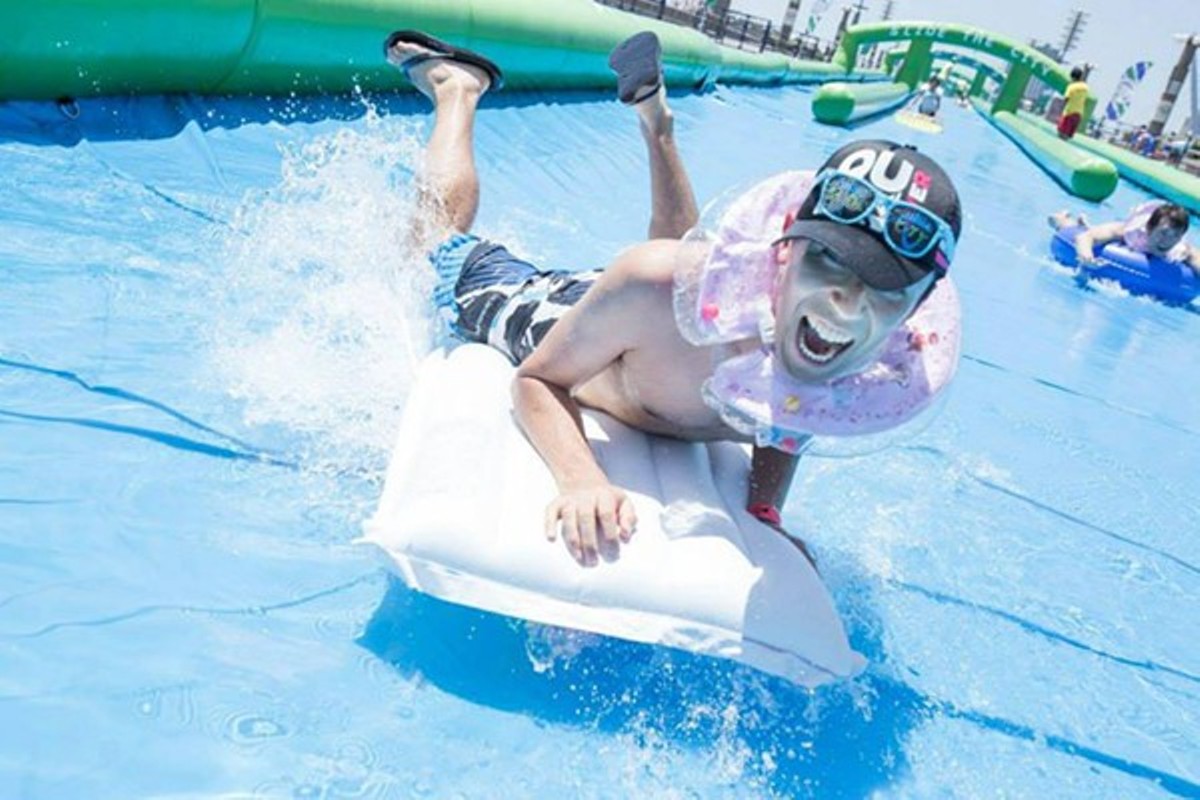 Slide the City will be coming to Dogtown this year. image via Facebook

There's an art fair or street festival just about every weekend from May to September, but some cultural events on the crowded summer schedule are better than others. You've probably already got your LouFest early bird tickets, and you'd never miss the Fourth of July fireworks at Fair St. Louis — but here's our shortlist of twelve others not to miss in 2016.

Picnic on the Riverfront, June 2

The new-and-improved St. Louis Riverfront under the Arch is now two feet higher than before and officially open for business. Come out for a massive picnic with your friends and neighbors — there will be a 2,016-foot-long picnic table, so there's plenty of room. Bring your own food or buy something from the on-site vendors, then pose for the aerial photo. A fireworks display over the Mississippi rounds out the night.

Trailnet sponsors this low-key scavenger hunt/bicycle tour that takes you from the Kemper to the Saint Louis Art Museum, the World Chess Hall of Fame, the Contemporary Art Museum St. Louis and the Pulitzer Arts Foundation.

Festa Junina is a traditional Brazilian folk festival that celebrates the harvest and country life. People dress in rural clothing and dance the quadrilha, which is a Brazilian twist on the square dance. It begins with a theatrical piece about young lovers being forced to marry; traditional songs are sung by those portraying the families, the police and the priest who performs the service. After the performance, guests eat traditional Brazilian food and play games such as Correio Elegante ("elegant mail").

The festival resulting from St. Louis Actors' Studio's partnership with playwright Neil LaBute has become a legitimate event because of what happens on the Gaslight Theater's small stage — and in front of it. The loyal St. Louis theater-going community comes out in droves to see new one-act plays from developing and established American playwrights. It's a chance to see new work and get a sneak peek at what will be happening on stages in a few years, thanks to the inclusion of plays written by high schoolers.

It's a 1,000-foot-long, padded waterslide running down the middle of the street. What more do you want? Buy a wristband good for a single or triple ride down the slide ($13 to $50), or go for the all-day pass ($99). Admission to the block party that surrounds the slide is included. The internet is heavy with cat videos, but does that make them art? Yes, but it's a folksy, outsider art. The Internet Cat Video Festival brings the best of the bunch to museums so you can reassess their aesthetic value — but it's also for the lolz. No cats are invited, but you and the kids can participate in family-friendly, hands-on activities.

In its fifth year, St. Lou Fringe Fest moves to August and expands in numerous small ways. New this year are microtheater performances (short shows for audiences of thirteen or fewer patrons) and an incubator program that will give emerging artists more support and a collaborative experience. There will also be more talk-back shows, more workshops and more involvement by underrepresented artists. Established favorites such as the Fringe Family shows and the Artica sculpture garden remain, as do the ultra-affordable ticket prices ($1 to $20). 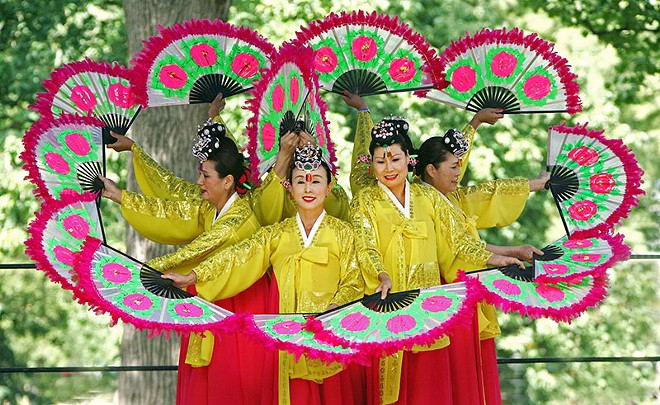 Tower Grove Park becomes the center of the world every year during the Festival of Nations. Immigrants from dozens of countries show off the culture, music and food of their old homeland for the benefit of their new one. Where else can you eat Nepalese food while hearing the music of the Ivory Coast? If you don't want to eat your way through the festival (what's wrong with you?), you can shop at the World Bazaar, enjoy the family arts and crafts area, and learn something about religions of the world through the St. Louis Interfaith Partnership of Greater St. Louis.

Now in its 99th year, the St. Nicholas Greek Orthodox Festival turns one corner of the Central West End into a little slice of Athens. You get some Greek music, some folk dancing and a market selling Greek objects. The perennial star, however, is the massive amount of food. It might be the biggest eating weekend of the year — you can start with spanakopita and progress to the moussaka and lamb shank with rice pilaf before ending with an assortment of pastries. Winter's coming, you know — eat well while you can.

If you need one last big weekend out before school starts and fair days dwindle, there's no event better than the Missouri Botanical Garden's Japanese Festival. With sumo wrestlers, taiko drummers, dancers, food vendors, martial arts demonstrations and special presentations on the Japanese tea ceremony and traditional ikebana flower arranging, the Japanese Festival is an action-packed weekend. Sure, it's crowded, and there's a good chance the weather will be hot and humid, but in two short months you'll be pining for that sun. Have fun while you still can. 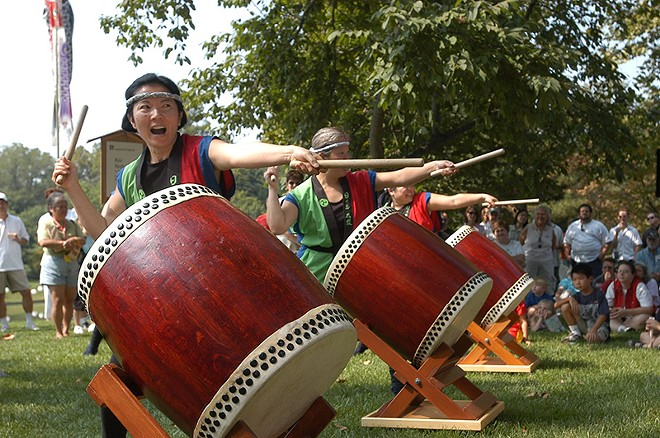