9 Classic St. Louis Foods — And Where to Eat Them 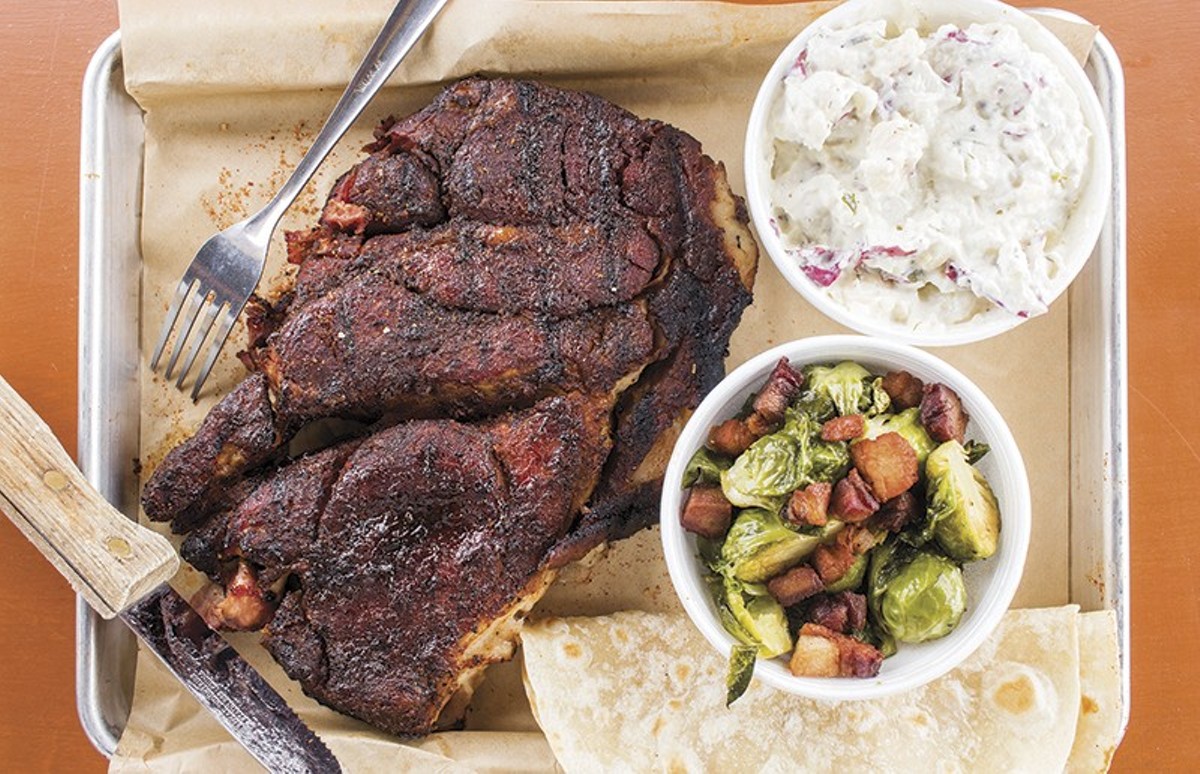 Beast Craft BBQ proves that the finest pork steak in St. Louis is actually across the river in Illinois. PHOTO BY MABEL SUEN

If you're visiting St. Louis for the first time, you may be surprised to learn that not only does the Gateway City have its own style of pizza, but it also has a host of other foodstuffs that you just won't find outside the metro area. Toasted ravioli, gooey butter cake, even the St. Paul sandwich are all pretty much exclusively St. Louis things — and they're all delicious.

Here are nine quintessential St. Louis foods, as well as the best place in town to enjoy each one. Happy eating!

Legend has it that gooey butter cake came about because a baker made the mistake of accidentally doubling the butter in a yellow cake recipe. It may have been unintentional, but the gooey result has become the defining dessert of St. Louis. Enjoy either the classic version or one of several different varieties (including chocolate chip and raspberry) at St. Louis' temple to butter cake at Gooey Louie (6483 Chippewa Street; 314-352-2253).

It's hard to understand why such a perfect finger food has failed to make a splash outside the Gateway City, but for now, toasted ravioli remains a St. Louis-centric dish. For the best version of the golden-fried, meat-filled pillows, head to a place where they make them from scratch, like Lombardo's Trattoria (201 S. 20th Street; 314-621-0266). At this classic St. Louis spot, the t-ravs are shaped like half-moons; they're also among the best in town.

Unless you're a native St. Louisan, you're likely to greet the city's beloved thin pizza with a raised eyebrow. Suspend your closed-minded certainty about what pizza should be and surrender to this molten, thin-crust beauty at a classic mom-and-pop joint like Frank & Helen's Pizzeria (8111 Olive Street Road, University City; 314-997-0666). At Frank & Helen's, if you're not ready to try it with the signature stick-to-the-roof-of-your-mouth processed cheese called Provel, you can get the training-wheels version with good old mozzarella. 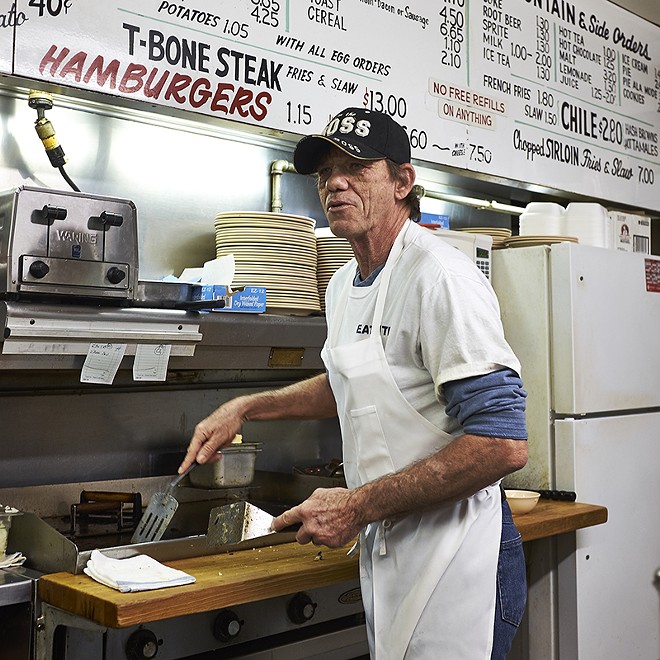 A hamburger smothered with eggs, hash browns, chili and cheese may sound like a bad decision, but it's tailor-made for the morning after. Head to the city's quintessential greasy spoon Eat-Rite Diner (622 Chouteau Avenue; 314-621-9621) at 3 a.m., and you won't be the only bleary-eyed patron trying to soak up the booze with this hearty local favorite after a night of imbibing.

No, this delicacy has nothing to do with pavement. The frozen custard dessert gets its name from a texture that is so thick, you can turn it upside-down after it's served, and not a drop will drip out — that is, if it's done right. For that, visit the city's very favorite ice cream spot, the iconic Ted Drewes Frozen Custard (6726 Chippewa Street; 314-481-2652). Yes, there will be a line. But you'll be amazed by just how fast it moves.

A staple of south-city barbecues, this marbled cut of pork shoulder is the definition of St. Louis-style barbecue. The pork is smothered in tangy, tomato-based sauce that's usually both beer-spiked and paired with a Bud Heavy. If you're inclined to venture 30 minutes east of the city, check out Belleville's top-notch smokehouse Beast Craft BBQ (20 S Belt W, Belleville, Illinois; 618-257-9000). Or stay this side of the river to home and stuff yourself with the massive "Joe's Backyard Pork Steak" at Gamlin Whiskey House (236 N. Euclid Avenue, 314-875-9500) — that is, unless you can score an invite to a game of washers in someone's backyard.

Don't be fooled by the name: This simple egg sandwich is a St. Louis original, not one from the Twin Cities. Duck into one of the city's hole-in-the-wall chop suey joints to try the simple sandwich: an egg foo young patty topped with pickles, white onion, iceberg lettuce and mayonnaise. If they serve it to you on anything fancier than white bread, you're not having the original, though the Rice House (8438 N. Lindbergh Boulevard, Florissant; 314-837-0711) makes a good case for more haute versions. 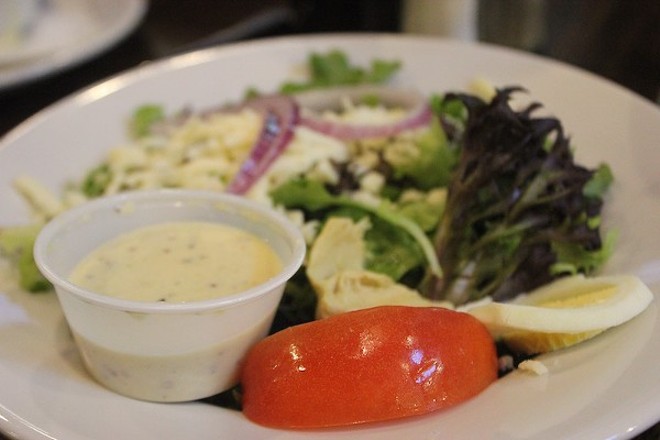 Downtown's famous Mayfair Hotel may have come and gone, but the salad dressing concocted at its five-star restaurant remains a St. Louis tradition. Enjoy this rich, anchovy-laden cousin to Caesar at the St. Louis food-themed Circa STL (1090 Old Des Peres Road, Des Peres; 314-394-1196).

What's better than cheesy garlic bread? Cheesy garlic bread topped with ham, of course. This open-faced sandwich is a molten mess of buttery garlic bread, Provel cheese, ham and a paprika garnish. Pair it with a local craft beer at the Gramophone (4243 Manchester Avenue, 314-531-5700) for a true taste of the Gateway City.

Cheryl Baehr is the dining editor and restaurant critic for the Riverfront Times and an international woman of mystery. Follow her on the socials at @cherylabaehr
Scroll to read more City Guide articles (1)